What are the top risks facing cannabis businesses in the US? 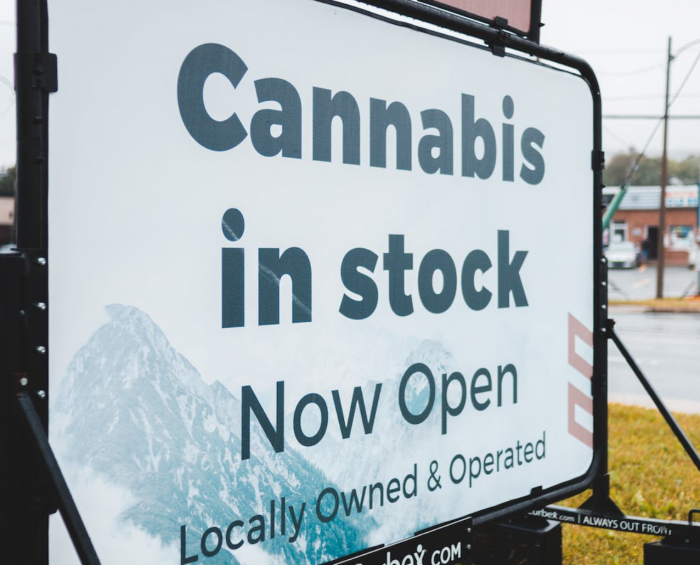 The cannabis industry in the US is growing at such a rapid rate that sales of regulated marijuana have eclipsed those of a prominent coffee brand.

Recent research by MJBiz – a media company focusing on the cannabis and hemp industries – has found.

Data gathered by the news outlet revealed that sales of licensed recreational and medical cannabis throughout the country have topped $27 billion in 2021, about a third more than the $20.5 billion generated by Starbucks.

This is despite customers being able to purchase the coffee giant’s products in all 50 states, compared to just 39 states, along with the District of Columbia, where marijuana can be legally obtained.

The study also showed the cannabis sector’s 30% year-on-year growth outpacing that of Starbucks, which saw revenue increase 25% during the company’s 2021 fiscal year.

A separate analysis by cannabis market research firm BDSA, meanwhile, has predicted that US sales of regulated marijuana to hit $42 billion in 2026. During the period, the nation will account for 75% of the global market share.

“The ‘hockey stick’ trend of sales growth seen in the early years of legal cannabis has passed, and economic and regulatory headwinds are exerting pressure on legal cannabis markets,” said BDSA chief executive Roy Bingham in a statement. “Still, our updated forecast predicts that steady gains in developing US markets will continue to drive single-digit annual growth in total US legal sales in 2022, with continued growth prospects out to 2026.”

According to the firm’s research, sales of licensed marijuana are expected to reach $27 billion by the end of 2022, a 7% jump from the $25 billion last year, “despite an inflationary environment and concerns about recession that dampened consumer spending.”

“Though mature legal cannabis markets in the US saw sales soften in 2022, the cannabis market is still forecast to see top-line growth in 2022, driven by strong sales in new and emerging markets, such as the populous states of New Jersey and New York,” Bingham added.

Where is marijuana legal in the US?

Several surveys conducted in recent years have indicated growing support for the legalization of marijuana among many Americans.

While cannabis remains illegal on the federal level, the latest poll about the subject from management consulting firm Gallup revealed that more than two-thirds, or 68%, of US adults believe that marijuana should be legal – a percentage tied for the record high.

A separate study conducted by the non-partisan think tank Pew Research Center, meanwhile, has found that an overwhelming majority (91%) of American respondents support the legalization of cannabis. Of these, 60% say that marijuana should be legal for recreational and medical use, while 31% believe that it should only be legally obtained for medical use.

Regulations on the sale and use of cannabis, however, vary between states. In 1996, California was the first state to legalize medical marijuana. Since then, the use of cannabis for medical purposes has been legalized in 39 states and the District of Columbia. In 19 of these states, adults can also legally obtain marijuana for recreational use.

Here is a state-by-state breakdown of marijuana legalization across the US, according to MJBiz.

What are the top risks facing cannabis businesses in the US?

With the current surge of America’s cannabis market, its coverage needs are likewise growing. But despite this, many insurance providers remain reluctant to offer protection to businesses due to the federal illegality of marijuana. To this day, cannabis is still classed as a Schedule 1 substance under the Controlled Substances Act, alongside drugs like heroin, LSD, and ecstasy – an issue that has led to several regulatory and fiduciary challenges for insurers.

Legal concerns aside, cannabis companies operate much like other businesses and face almost the same exposures that most enterprises do. Here are the top risks cannabis businesses encounter, according to experts.

Current regulations prevent products from one state to be transported to another state. According to accounting and advisory firm PKF O’Connor Davies, this means that cannabis businesses are barred from “borrowing excess inventory” from neighboring states to address inventory shortages due to poor growing season or unexpected higher demand.

“An owner/operator must have sufficient funds to replicate facilities in another state and this may be difficult for capital-intensive vertically integrated businesses that are engaged in cultivation, manufacturing different product formulations (e.g., cream, edibles), and dispensing,” the firm added.

Cannabis companies face a range of incidents that can cause irreparable harm to their reputation. These include allegations of fraud, improper dosing, product contamination, and unsubstantiated claims of health benefits.

“A company’s image, brand name, and reputation take years to build but easily can be tarnished by an investigation, threatened litigation, an unexpected attack by a special interest group or adverse media coverage,” PKF O’Connor Davies noted.

Although regulations influence quality control, cannabis growers and sellers operate like any other agricultural business, according to Connecticut-based insurance agency Ion Insurance. This means they are also exposed to products becoming “tainted” in storage, or during transport or manufacturing due to molding or bacteria build-up, or the pesticides used during cultivation.

These incidents can result in regulatory fines and product recalls that can adversely affect their reputation and cause them to lose their businesses or have their licenses revoked, the firm added.

“Maintaining compliance with industry regulations can make or break a cannabis business,” noted risk intelligence platform Resolver. “Cannabis regulations differ depending on the location of the business. But it’s clear that regulators are not turning a blind eye when it comes to ensuring that cannabis companies are compliant.”

The firm cited a company that lost its license to sell and manufacture cannabis products because it was cultivating in unlicensed rooms. Fortunately, the business was able to regain its license by implementing a “remediation strategy to build its way back to compliance.”

“State-level banks may refuse to do business with cannabis dispensaries due to federal regulations, thus blocking you from setting up a business bank account,” Ion Insurance explained. “This results in having to keep large amounts of cash around that could easily be stolen.”

Cannabis zoning laws can also increase businesses' exposure to crime as many local regulations limit the number of marijuana enterprises operating in an area, pushing some into dangerous parts of a city.

Natural disasters, including wildfires, storms, and flooding, can easily damage crops. However, according to the New York Times, cannabis is not eligible for the federal crop insurance program because it contains more than 0.3% THC, a psychoactive substance.

Improper treatment of chemicals, wastes, and other contaminants in the workplace can cause skin or eye irritation, poisoning, or respiratory issues to employees, exposing cannabis companies to lawsuits, investigations, fines, penalties, and enforcement actions, according to PKF O’Connor Davies.

It added that some businesses may fail to provide appropriate safety measures to prevent injuries, such as those resulting from the handling of specialized equipment.

Because of the type of information that cannabis companies handle, they can also become a prime target for hackers. Cybercriminals may be looking to steal information about seeds or plants and growing conditions, product price lists, and formulations, as well as customer and employee data.