Road to Legalization: When will Germany actually legalize Cannabis? 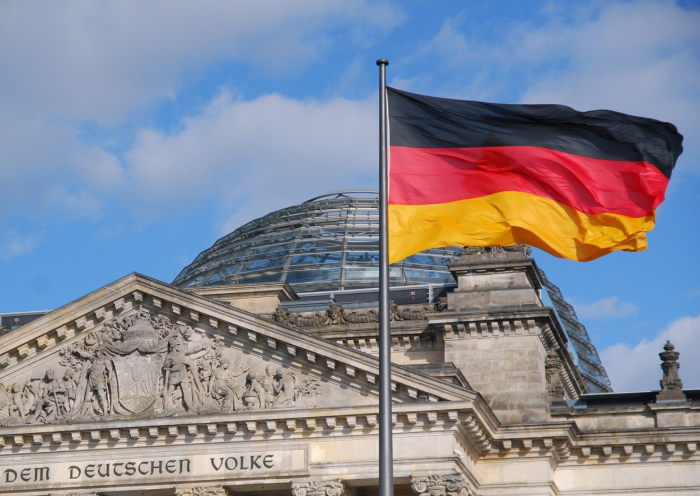 Let’s look at the current state of cannabis regulation in Germany and when it might become legal.

There is still an evident stigma and tight regulations surrounding cannabis.

Most of Europe has moved towards legalization by decriminalizing recreational cannabis and legalizing medicinal use. There are some countries, however, that still haven’t budged a bit, like France. Germany is one of those countries with high intentions of legalizing, but where there is still some way to go.

Stereotypes aside, Germany is quite strict. There are lots of rules and policies in place that have made the transition towards legal cannabis use a bit more difficult. The great news is that broad picture, cannabis is decriminalized for recreational purposes and legal for medicinal ones.

Zoom in a little more and you’ll see that there are some areas that don’t quite add up. For instance, although using cannabis is decriminalized, possession isn’t, making it quite hard to not get in trouble. Let’s see what we need to know about legalization in Germany.

What Is The Current Legal Status of Cannabis in Germany?

Cannabis regulation is pretty strict in Germany. There are many different categories and comprehensive regulations for all of these. Let’s take a look at how possession, sale and supply, and cultivation are regulated in this country.

Marijuana smoking might become legal in Germany at some point. There is political will. However, implementation is hampered by international law, bureaucracy, and tax rules. Activists want the process accelerated.

Is It Legal To Possess Cannabis In Germany?

Marijuana possession, like the possession of any other substance, is illegal in Germany. According to the German Federal Narcotics Act (Betäubungsmittelgesetz), if caught in possession of any drugs, the offender faces up to five years in prison.

However, cannabis use is not listed as a crime. If an offender is caught with small amounts of cannabis for personal use, the law provides a number of alternatives to prosecution. This leaves some gray areas that make it hard to draw the line and can also lead to the subjective interpretation of the law.

The alternatives to prosecution are chosen based on the following criteria:

What’s The Regulation on Sale and Supply of Cannabis?

The sale and supply of cannabis are of course illegal. The offender can receive a prison sentence of up to five years, which can even be made longer by up to fifteen years! The aggravating circumstances include:

What About Growing Cannabis? Can I Grow Weed in Germany?

It is also illegal to cultivate weed in Germany. Those found guilty receive the same treatment as those prosecuted for selling or supplying cannabis.

The German government has, however, seen the potential profit from allowing the cultivation of cannabis domestically.

What Amount of Cannabis Is Considered Small By German Standards?

The problem is that there isn’t one single standard. Bad way to start that one out, right? The Federal Constitutional Court highlighted the ambiguity surrounding the term “small amount” in 1994. At the time, each German state had its own definition of what a “small amount” was.

The Federal Court of Justice ruled that when determining whether a quantity of cannabis was small or not, the quantity and potency should be considered, not just the weight. It should be noted that some German federal states are more tolerant of limited personal cannabis use than others.

In the case of being caught with cannabis, the individual must be able to demonstrate that the cannabis was purely for personal consumption and would not be sold or distributed to others. It must also be clear that there was no danger to anyone else, so we return to those three criteria stated above as well.

The regulation leaves a lot up to interpretation, and unfortunately, that can lead to severe procedural ambiguities. The amount considered ‘’for personal use’’ varies by federal state, ranging from six grams in most places to 15 grams in Berlin.

What’s The Take on Medicinal Cannabis in Germany?

One of the biggest challenges has been the need to import this medicinal cannabis from abroad. Moreover, Germany has realized how important it is to develop a domestic industry and had expected its first harvest towards the end of 2020. The pandemic delayed these deliveries as there were other priorities in line.

What Does The Future Hold For Cannabis Legalization in Germany?

The legal framework has been set to move toward legalization and most parties agree or include these policies in their promises. However, the majority of Germans oppose the legalization of Cannabis, as it still has a negative connotation in many of the older population groups.

Regardless of opinion, the world is moving towards legalization and it appears that Germany will join too. There are some hurdles and obstacles along the way, like tax rules, international law, and bureaucracy.

It would take all the federal states to align and the many bodies involved to facilitate a complex legislative process. The conversation encompasses agriculture, youth protection, policing, tax, and health, among others. Although there might be interest, there are many different areas to align first.

One of Germany’s most significant concerns is regarding UN drug conventions. These still require strict prosecution and some countries fear consequences. Nonetheless, Uruguay and Canada, and 21 states of the United States haven’t had any significant consequences as of yet.

All signs point towards legalization, but the most important step is real decriminalization because it would facilitate things so much more. Hopefully, Germany will be added to the list of countries that have accepted marijuana soon!