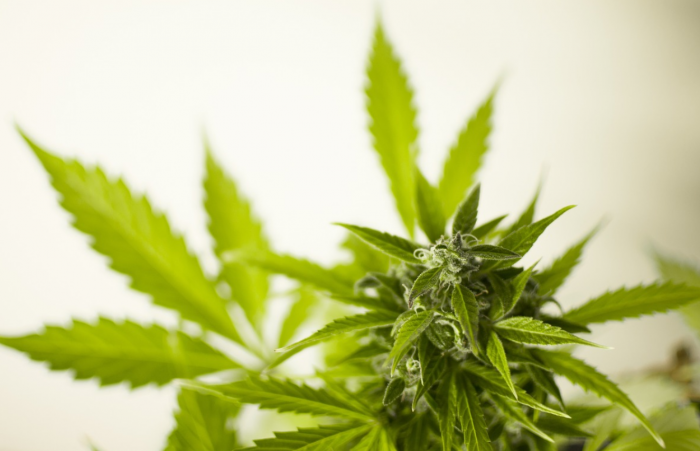 Researchers examined all areas where cannabis is legal and found a shocking number and amount of contaminants that, arguably, should not be present on anything that humans consume

Some argue that cannabis is far less toxic than any drugs made in a lab, since it is a plant that comes from Mother Earth. While that sentiment and logic may be in the right place, the sad truth is that the earth, its soil and the way plants are grown in modern times is a far cry from what one might consider “organic.”​

Pollution, dangerous chemicals and haphazard growing techniques have led to all kinds of health issues in modern history. Organizations such as the U.S. Environmental Protection Agency and the U.S. Food and Drug Administration have entire branches dedicated to more sustainable, healthy and safe ways of farming in the U.S.

Unfortunately, these organizations are federally run, which means the multi-billion-dollar cannabis industry goes relatively unregulated at the federal level in this regard. This loophole has led to some eye-opening recent discoveries that might be putting the health of cannabis users at risk.​

A recent study from Arizona State University (ASU), published in the journal Environmental Health Perspectives, looked for contaminants in cannabis samples. Researchers examined all areas where cannabis is legal and found a shocking number and amount of contaminants that, arguably, should not be present on anything that humans consume.

Not only were dangerous contaminants found in many samples, but the sheer number was alarming.

“As of 18 May 2022, 36 states and the District of Columbia listed a total of 679 cannabis contaminants as regulated in medical or recreational cannabis,” according to the study’s findings. The list of contaminants included pesticides, inorganics, solvents, mycotoxins and other contaminants, the report notes.

While the number of contaminants is certainly a huge red flag, if one thinks about how the cannabis industry has exploded in recent years, without strict federal guidelines, standards or regulation, it is not really all that shocking. After all, the marijuana industry is unique compared to other types of farming and plant maintenance.

Consider that if a person has weeds in his or her lawn, there is a specific weed killer, or even weed killer fertilizer combination. This substance must first be tested and approved, and then becomes readily available on retail shelves.

When growing cannabis, on the other hand, a cultivator may have little more than word-of-mouth advice through a game of telephone when it comes to controlling new pests, moulds and diseases.

Some might argue this trial-and-error way of growing could be a contributing factor to all these contaminants. That, and a lack of U.S. federal oversight, of course.

“Discrepancies between state and federal laws have left cannabis farmers without any pesticides approved for use on their crops — and, as a result, some growers have taken the matter into their own hands, treating their plants with alarmingly high levels of pesticides intended for other uses,” per The Atlantic.

Pesticides are not the only cause for health concerns when it comes to a world of unregulated cannabis farming. The soil where the marijuana grows can also have dangerous consequences on the consumer if left unchecked.

Marijuana has the ability to absorb heavy metals from soils. These metals include carcinogenic and hazardous metals such as lead, mercury, chromium and others.

This trait in cannabis can sometimes be a great asset to the planet and farmers. For example, planting hemp in areas contaminated with certain toxic metals can help purify the soil.

But when it comes to growing cannabis for human consumption, this absorption can have potentially toxic consequences.

“The heavy-metal content of cannabis is not regulated; therefore, consumers could unknowingly be exposed to these toxic metals,” said Louis Bengyella, assistant research professor of plant science at Penn State.

These findings are alarming when it comes to anyone who consumes cannabis, especially those who use it for medical purposes. “This is bad news for anyone who uses cannabis, but is particularly problematic for cancer patients who use medical marijuana to treat the nausea and pain associated with their treatments,” Bengyella added.

According to the ASU study, “Cannabis use reports indicated usage in several patient populations susceptible to contamination toxicity, including cancer (44,318) and seizure (21,195) patients.”

Marijuana is commonly used to treat side effects of cancer treatment, meaning many people consuming these potentially carcinogenic and otherwise harmful toxins are already battling cancer or other compromising conditions. This, if nothing else, should be enough to sound the alarm.

“This study demonstrates an urgent need for a unified regulatory approach to mitigate the public health risk of cannabis contamination at a national level,” study authors concluded.

To help reduce potentially harmful contaminants from reaching cannabis consumers, the authors suggest that individual states and the federal government must work together to set standards and policy.

This, of course, is much easier said than done. With marijuana still listed as a Schedule 1 drug, it simply is not possible to treat cannabis the same as other plants that are consumed by U.S. citizens.

Meanwhile, marijuana continues to be consumed in record quantities, and its contaminants might not be properly regulated until it is finally decriminalized.