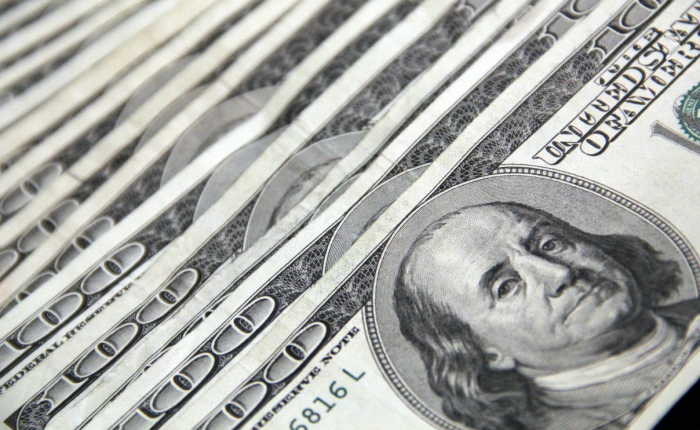 The Securities and Exchange Commission announced on September 30 that it had charged eight in a stock promotion scheme that included promoting Emerald Health Pharmaceuticals and High Times Holdings stocks. The SEC says investors purchased $80 million of securities following the promotions. The individuals received payments based on the number of securities sold.

The SEC’s announcement attached the legal complaint that alleged recidivist securities law violator Jonathan William Mikula promoted the securities of four issuers Elegance Brands Inc. (now Sway Energy Corp.), Emerald Health Pharmaceuticals Inc., Hightimes Holding Corp., and Cloudastructure Inc. without disclosing that he received compensation for the promotions. Mikula is alleged to have promoted the securities through Palm Beach Venture, a newsletter for which he served as an author and chief analyst, and presented the recommendations as unbiased and not paid for, while he was secretly compensated in the form of cash and lavish expenses.

In addition to Mikula, the SEC’s complaint also charged Christian Fernandez and Amit Raj Beri, associates of Mikula’s, who allegedly acted as middlemen for the promotional scheme. The gentlemen earned millions of dollars off the promotions but hid the payments by submitting fake invoices for consulting services. Beri in particular acted as the middle man for the cannabis companies Emerald Health and HighTimes. High Times was not charged.

Beri also was listed as the CEO and CFO in various SEC filings of the company called Elegance Brands, which produced a product called Gorilla Hemp. Elegance was approved by the SEC for a Reg A offering but after nine months had raised less than a million dollars. When it was decided to promote Elegance through the Palm Beach Ventures newsletter, Beri made changes to the offering but did not prepare a new offering statement with the SEC. Thus any securities sold after that point were considered unregistered. The complaint stated, “At Mikula’s urging, and in order to “facilitate” the promotion, Elegance agreed to engage Individual 1, an associate of Mikula’s, and pay him 3% of investor funds raised through the promotion and provide him with 8.9 million shares of Elegance’s stock, which amounted to 10% of the company’s outstanding stock.”

The complaint stated that Elegance raised $20 million from the promotion and paid Individual 1 $350,000.  The SEC statement said that Elegance has agreed to pay a penalty of $776,932; Beri has agreed to pay disgorgement of $960,314.96, prejudgment interest of $38,979.24, a penalty of $207,183, has consented to the entry of a 10-year bar and a conduct-based injunction prohibiting him from engaging in certain promotional activities.

In January 2022, Elegance renamed itself Sway Energy Corp. and earlier this year signed a distribution agreement with Halo Collective (OTC: HCANF) as part of its acquisition of H2C Beverages.

In 2019, Emerald Health reached out to Mikula for a story in the newsletter. The complaint wrote that Emerald Health would covertly transfer funds to Mikula by engaging Beri’s brother to ostensibly provide consulting services for the company. In turn, Beri’s brother would funnel a portion of his consulting fees to Mikula, and keep a portion for brokering the fraudulent deal. The complaint noted that DeMesa had reservations about the scheme but ultimately wanted the funds to aid in running the company.

High Times was promoted by Palm Beach Venture between April 2020 and March 2021. The complaint stated, “Hightimes ultimately entered into an agreement to pay Entity 1, a Canadian entity controlled by Individual 2, 5% of the funds raised through the Palm Beach promotion. Beri, Individual 2, Fernandez, and Mikula agreed that they would all receive a share of monies that Entity 1 received from Hightimes. The purpose of using a Canadian entity and offshore account was to conceal that payments from Hightimes would go to Mikula.” (Hightimes — using the combined words — is the legal name for the company. However, most refer to the company as High Times).

On Friday, High Times filed a report with the SEC stating that its independent auditor, RBMS LLP on July 18, 2022, declined to stand for re-appointment other than to complete the audit of the 2019 financial statements and the filing of the company’s Annual Report on Form 1-K for the year ended December 31, 2019. High Times did say that RBMS classified the company as a going concern for the years 2015-2019. High Times also stated that it has hired GreenGrowth to audit its statements from 2020 to 2021. It made no mention of the stock promotion scheme that had been announced on the same day.

The company has also extended its Reg A offering to January 2023. The offering however is paused until the company can file audited and updated financials.

The offering was stopped in June 2020, but it was July 2020 when the Cannabis Law report confirmed from HighTimes Holding Corp. lawyer  Stephen Weiss and Megan Penick of L.A. based Michelman Robinson LLP that the Securities & Exchange Commission (SEC) has halted sales of shares in the company. Lawyer Megan Penick told Cannabis Law Report she wasn’t aware the company was continuing to solicit for investments even though the website to do so remained live.

In addition to that, press releases for the company continually remind readers that the offering deadline was extended and email inboxes for subscribers were flooded with almost daily offers to buy stock. The main issue according to Buhl wasn’t the company’s promotional activity, but whether the company’s escrow agent Prime Trust processed any sales after the June 12 cutoff. If no sales were processed after June 12, then there was no securities violation. Yet, the SEC says in its complaint that the Palm Beach Ventures promotion went as late as March 2021.