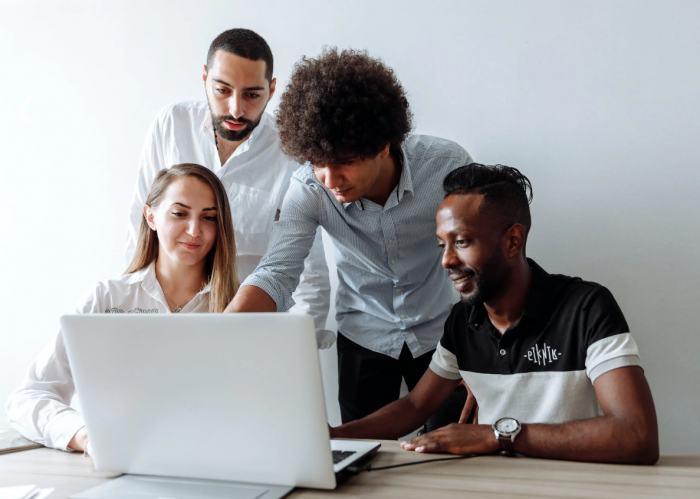 President Joe Biden’s pardon of people convicted of simple marijuana possession in federal courts may not have a dramatic impact on the territory but it is an example of the U.S. Virgin Islands failing to keep pace with social changes on the mainland.

Advocates pushed for the Virgin Islands to allow medical marijuana for decades before the law changed in 2019. But full implementation continues to flounder as policymakers debate budgets and boards of directors, rules and regulations.

Meanwhile, 18 states and Puerto Rico have similar medicinal marijuana laws on the books. Colorado has offered medical marijuana for 22 years. Couldn’t the V.I. copy their plan?

There’s a more simple route. If the territory made cannabis legal — adopting so-called recreational use laws — the entire medical-use quagmire would drop away. If marijuana were legal, a doctor would need no more authorization to prescribe cannabis than hot tea and a good night’s rest.

Disclaimer: Please note I’m not an expert in this field. I’m just a guy with an opinion. That said …

It was always a stretch to push medicinal marijuana as a booster for medical tourism. The drug is most often used to treat chronic pain. If you can’t leave with a supply, what’s the point? A best-case scenario would be a patient flying in for a two-week stay for treatment. Could they get in to see a doctor that fast? Are we then basically selling pot prescriptions?

It wouldn’t really make us a narco-state, but it would put doctors (and their reputations) in ethical limbo.

Twenty-two states and territories — including Guam and the Northern Mariana Islands — have legal pot. Not all have been able to fully implement the laws. In New York, recreational cannabis has been legal for more than a year, but no licenses to sell have been issued. That hasn’t stopped a robust and obvious industry from forming. Nondescript storefronts are slowly replacing the corner seller even on busy avenues in Manhattan.

The Virgin Islands also has a thriving marijuana industry, as Gov. Albert Bryan Jr. noted in the 2022 State Of The Territory Address. The illicit market is not only unregulated and untaxed, it also makes criminals of all its participants, even if simple possession is no longer a $5,000 fine.

Virgin Islands Police Department Commissioner Ray Martinez said Saturday that he preferred not to comment on Biden’s pardons or what they might mean for the territory. He said he’d wait to see what legislation may follow and take recommendations from legal experts.

Biden urged U.S. governors to pardon people convicted of simple marijuana possession. We don’t know how many people that would cover in the territory if Bryan followed the president’s recommendation. VIPD records keepers have yet to respond to requests for statistics.

While we may not have exact numbers, there’s hardly a week without a local teen or 20-something arrested for possession with intent to distribute. Even more disturbing is the number of these arrests where an illegal gun is present.

Flooding the market with legal, high-quality marijuana would all but erase illicit sellers. It certainly would take the misplaced glamour from the occupation. Even more so if home-grow were also legal.

My friends in the Pacific Northwest couldn’t wait to be done with shady drug dealers. With just one or two plants a year, they were able to grow far more pot than they needed. In the beginning, the excess was saved. It’s a natural response after a lifetime of scarcity. But as the novelty of easy access to marijuana wore off, the extra supply was trashed. Who would take the risk of illegal drug dealing in such a market?

Any responsible repeal of marijuana prohibition would surely include safeguards against underage use and intoxicated driving. It would be basically the same laws as those that govern alcohol — an arguably far-more-dangerous drug.

(a) No person shall engage in the brewing, distilling, blending, manufacturing, selling or distributing of fermented liquors or distilled spirits without a license as provided for in this chapter and such permits as may be required by Federal law.

(b) No owner, lessee, or manager of any place of business not duly licensed according to the provisions of this chapter shall abet or permit the sale of fermented liquors or distilled spirits on or within such place of business, within any part thereof partitioned off or otherwise separated therefrom, or on or in any premises adjacent thereto and within his jurisdiction. In the event of the violation of this subsection the owner or owners or the lessee or lessees and the manager or responsible employee shall be jointly and severally liable to the penalties imposed by this chapter.

Couldn’t the next chapter just as easily read:

(a) No person shall engage in the growing cannabis for commercial sale or distribution without a license as provided for in this chapter.

(b) No owner, lessee, or manager of any place of business not duly licensed according to the provisions of this chapter shall abet or permit the sale of cannabis or cannabis-derived products on or within such place of business, within any part thereof partitioned off or otherwise separated therefrom, or on or in any premises adjacent thereto and within his jurisdiction. In the event of the violation of this subsection the owner or owners or the lessee or lessees and the manager or responsible employee shall be jointly and severally liable to the penalties imposed by this chapter.

And that’s it. No more hedging with half-measures or arguing about advisory boards and budgets. Just make home-grow legal, industrial manufacturing as thoroughly regulated as rum production, and over-18 sales accessible only through licensed outlets. Access to credit and banking for startups will figure itself out in time.

The easier the access, the better. Who should get a license to sell? Anyone who qualifies. Make marijuana sales common and you’ll erase both stigma and glamorization. You’ll also attract the tourists.

Without tourists partaking, experts have said a local-only cannabis market would struggle to meet the cost of its own regulation.

You can get a beer on almost any corner in the territory. Ever have anyone offer to sell you a black-market beer or threaten to take your beer at gunpoint? I didn’t think so.

Licenses to grow for commercial purposes should go to anyone who committed to doing so responsibly and under regulatory oversight. But this might be more difficult than policymakers suspect. The Virgin Islands doesn’t have the growing resources of the Pacific Northwest. St. Thomas has notoriously poor soil and the whole territory is in a mass drought. Ask any Virgin Islands farmer about growing fruit and vegetables in quantity. It’s a risky undertaking. Meeting demand for a post-prohibition marijuana market might be difficult. All the more reason for simple, easily enforced rules.

In explaining his 2023-2024 budget proposal, Bryan called his $10 million cannabis expectation modest. Even if we don’t get that amount in tax revenue from marijuana, isn’t it worth it to upend the illegal drug trade?