The Winners and Losers from Biden’s big pardoning News 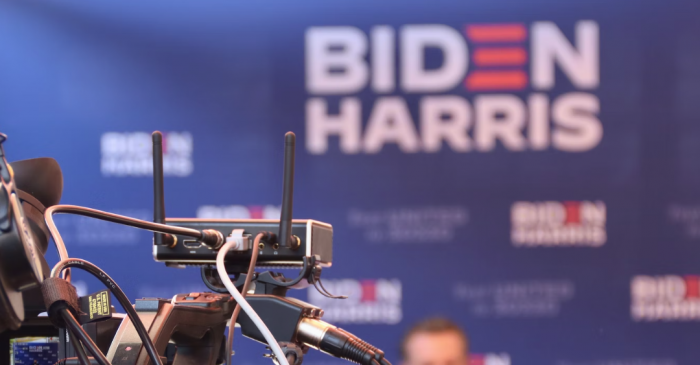 While the marijuana industry wants cannabis to be de-scheduled, some have argued that moving the cannabis plant to a lower Schedule 2 or 3 drug could be even worse as the whole industry could be handed over to pharmaceutical companies.

As my phone lite up with news about President Biden’s big cannabis industry news, I immediately realized politics are a game of give and take, so why right now, Joe?  Why did President Biden pick Thursday to announce the pardoning of thousands of cannabis offenders and tell his Attorney General Merrick Garland to expeditiously review the cannabis plant’s listing as a Schedule 1 drug?

Could it be a coincidence that Biden’s marijuana announcement coincides with the Federal government ‘s announcement that they have enough evidence to charge Joe’s son, Biden Hunter, with federal crimes related to tax and gun-purchase charges?  Throw up a good will headline to cover the stench coming for Hunter Biden’s laptop?

A group of Republicans just formed an anti-legalization wave in the Senate this week based around family values and “more research is needed” rhetoric. Is the push for “looking at the scheduling listing” a push for Big Pharma to get cannabis as a schedule 2 drug and take control of the industry? Big money and lobbyist tend to get things done.

Let’s break down the winners and loser from Thursday’s announcement from the White House.

As The Guardian summarizes:

“There are thousands of people who have prior Federal convictions for marijuana possession, who may be denied employment, housing, or educational opportunities as a result. My action will help relieve the collateral consequences arising from these convictions,” Biden said in a statement released on Thursday afternoon.

The president also called on the Secretary of Health and Human Services and the Attorney General to begin the administrative process to review how marijuana is scheduled under federal law.

Marijuana is currently classified in Schedule 1 of the Controlled Substances Act under federal law. This classification puts marijuana in the same schedule as for heroin and LSD and even higher than the classification of fentanyl and methamphetamine, two drugs that are fueling the ongoing overdose epidemic across the country.

As ESPN would say, who won and lost yesterday’s trade?

While they may not get time back in life that simple marijuana chargers destroyed, they will get their records cleaned up for the sake of jobs, housing, voting, and a variety of other avenues that are closed to “convicted felons”.  No matter what you think of the rest of the statement, this is the best news in years for the marijuana industry and people convicted of simple marijuana offenses since 1972.  Win, win, win!

While this may be the first step to full cannabis legalization and Delta-8 and 9 from hemp will have direct federal legal competition from their cousin cannabis, that still may years away, and yesterday’s announcement from the President means no one is going to start making Delta-8 and 9 illegal or banned at the Federal level.

Outside of the cannabis industry itself, no one really cares about these details of origin around Delta-8 and 9 from hemp and the “real deal” stuff.  If the president is starting steps to legalize cannabis, no one is going backwards with a fine-tooth comb and looking to ban hemp products.  The wave of federal legalization has begun and no one outside of the industry has the interest or time to start reversing the Farm Act of 2018 and banning hemp products now.

Also, as you will read later in this article, if this is a move by Big Pharma to get control of the cannabis industry as a schedule 2 drug, then Delta-8 from hemp could be the only game left in town!

Think about what Amazon did to brick and mortar, now transfer that to cannabis. Did all brick-and-mortar stores disappear? No, but did it put thousands of stores out of business.

If you have cannabis traffic on your website and you can get a cheap license in Oklahoma or Colorado, guess what?  You are now taking market share from every MSO in America.

The MSO moat built on archaic federal laws is starting to crumble, and you better be ready for the 10 or 20 “Amazon’s of Weed” to pop up and start shipping the with a legal license as soon as the federal law allows it. With a website with traffic and a cheap rec license, all you would need is a room for inventory and a UPS account and you immediately start cutting into Trulieve’s and Cufaleaf’s revenue.

Smartest investment now for MSOs is to buy up every cannabis website they can for their traffic, and then convert that traffic into loyal customers when the moment comes. Start building your digital moats, not the ones with real sidewalks.

They are going to be listed as both winners and losers, and you will see why in a minute. Obviously, a big headline and tons of people are going to get legal relief that they have needed for decades. This pushes legalization to the forefront of everyone’s morning newsfeed and gets people excited again about legal cannabis.

Yes, multi-state operators serving mid-grade weed, you are in trouble. To mimic Jeff Bezos, your already shrinking margins are my opportunity. If you think numbers and margins were bad the past 5 months, wait until interstate commerce starts and oversupplied states can ship to undersupplied states, as well as small suppliers who can now ship across America if they know how to get traffic to their website. Your margins are going to get razor thin, and your “legal moat” is starting to get chipped away with yesterdays’ announcement.

Ironic, I know. While letting people get a clean record is a huge win, these programs set up to help those affected by the War on Drugs (Biden a big part of that by the way) are hanging on by a thread in some states. If this is a step toward interstate commerce and full legalization, delivery licenses for SE and EE applicants will lose 90% of their value over time. The moat and laws that protect MSOs are all trying to be used to help SE and EE businesses, but they will get crushed with full federal legalization. That did not happen, but with Merck Garland told to review schedule classification, the wheels are in motion.

The second part of the announcement from the White House should be very worrisome for weed. While the marijuana industry wants cannabis to be de-scheduled, the likes of Steve DeAngelo have argued that moving the cannabis plant to a lower schedule 2 or 3 drug could be even worse as the whole industry could be handed over to pharmaceutical companies.

Is Big Pharma behind this Biden push? If you believe Biden is not a weed fan at all, and politics is all about money and maneuvering, maybe try reading behind the lines on this one. Class 3 or 4 is better than 1 for sure, but 2 may be awful and deep-pocketed Big Pharma lobbyists may be burning up the phones to the Senate as we speak. A true trojan horse if that is the grand plan.