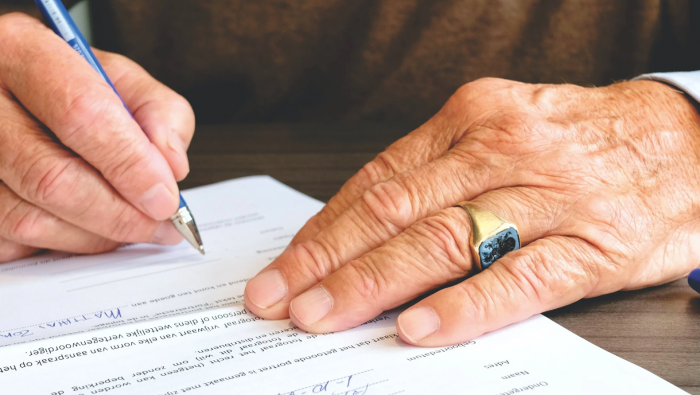 WASHINGTON - President Joe Biden is pardoning people convicted under federal law of possessing marijuana — and signalling that he’s willing to revisit whether cannabis should remain a controlled substance in the United States.

In a pre-recorded video released unexpectedly Thursday by the White House, Biden announced three key steps that he is taking “to end this failed approach” to cannabis laws in the U.S.

In addition to the pardons, which could affect more than 6,500 people with federal convictions, Biden said he wants governors to consider a similar move at the state level, where the numbers are vastly higher.

But it’s the third step that could prove the most seismic: an administrative review of why cannabis remains a so-called Schedule 1 substance in the U.S., a classification that includes harder drugs like heroin and LSD.

“I am asking the secretary of health and human services and the attorney general to initiate the administrative process to review expeditiously how marijuana is scheduled under federal law,” Biden said.

Schedule 1 is an even higher classification than that for fentanyl and methamphetamine, he added — “the drugs that are driving our overdose epidemic.”

“Too many lives have been upended because of our failed approach to marijuana,” Biden said. “It’s time that we right these wrongs.”

The news came as a happy shock to industry leaders in Canada, many of whom have been championing cannabis legalization south of the border only to find that the White House seemed to have little appetite for change.

“It’s hugely important that the president himself is putting his administration’s stamp and push on this initiative,” said Omar Khan, senior vice-president of corporate and public affairs for Calgary-based retailer High Tide Inc.

“The fact that the president of the United States is apparently pushing what I would call potentially historic cannabis reform is a huge game-changer.”

Unlike in Canada, where cannabis has been legal since 2018, efforts to retool marijuana laws in the U.S. have long focused primarily on the judicial component of the issue — in particular the long-standing concern that the laws disproportionately affected people of colour.

A 2020 report by the American Civil Liberties Association found that more than 6.1 million people were arrested for marijuana possession between 2010 and 2018, and that they were 3.64 times more likely to be Black — a disparity not reflected in cannabis usage rates in the U.S.

In 2018 alone, the report found, law enforcement made more marijuana-related arrests than for all violent crimes combined.

“Too many people, particularly in racialized communities, have been burdened with criminal records for simple cannabis possession, and collectively, we have a responsibility to right those wrongs,” Miguel Martin, CEO of Edmonton-based Aurora Cannabis, said in a statement.

“We believe these pardons are a positive step for social justice, and set the stage for U.S. federal cannabis legalization.”

In Canada, Martin said, Aurora continues to push the federal government to fully expunge cannabis conviction records and supports local work to provide legal resources to those still dealing with the fallout.

Biden’s move marks “the most significant action we have seen to date from any administration regarding federal cannabis reform,” said David Culver, vice-president of global government relations for Smiths Falls, Ont.-based Canopy Growth.

“After four years of full legalization in Canada, the president can take guidance from the Canadian cannabis industry as he looks to begin the process to reschedule cannabis.”

Indeed, said Khan, many in the U.S. industry have already turned to Canada for its expertise in a legal market and for help in convincing American lawmakers to follow suit.

“Both from a policy perspective but also from a business operations perspective, there’s a lot of experience and expertise in Canada that the U.S. can and should be calling upon,” he said.

“To be honest, I think to a certain extent they are.”

Investors cheered the news as well: Tilray Brands Inc. surged almost 33 per cent to $5.37 while Canopy gained 23 per cent to $5.16 in late-day trading on the Toronto Stock Exchange.

Efforts to change federal cannabis law in the U.S. have been ongoing for years, but invariably get bogged down in the machinations and political considerations that are an ever-present fact of life on Capitol Hill.

Khan was part of a delegation of industry leaders and advocates who lobbied Congress last month in support of the SAFE Banking Act, legislation to make financial services more accessible to cannabis operators.

In April, the House of Representatives passed Rep. Jerry Nadler’s Marijuana Opportunity Reinvestment and Expungement Act, which would effectively delist cannabis as a controlled substance — the main reason companies so often run afoul of federal rules.

The Senate, however, has not taken up Nadler’s bill — perhaps because Senate Majority Leader Chuck Schumer has already introduced a similar one of his own: the Cannabis Administration and Opportunity Act.

Industry insiders, however, had been growing concerned about the political landscape, given that Biden — who did promise during the campaign to right the injustices around marijuana convictions — said so little about the issue until Thursday.

“It’s imperative that we finally harmonize state and federal laws so that Main Street cannabis businesses can supplant underground markets and nobody is ever again put behind bars for a non-violent marijuana crime,” CEO Aaron Smith said in a statement.

“Removing cannabis from the federal Controlled Substances Act is the only way to achieve those goals.”