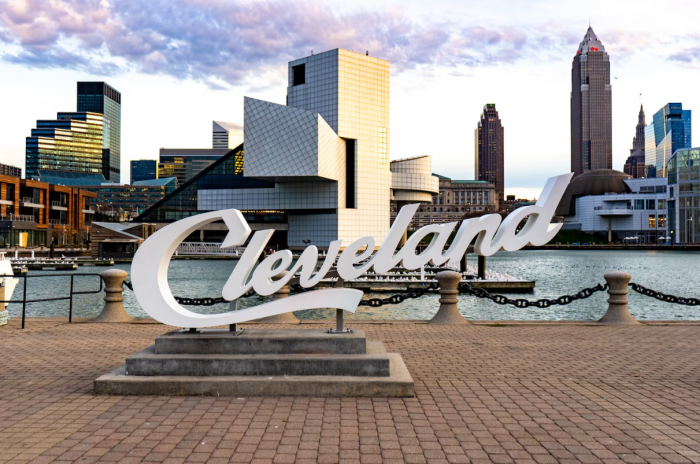 In Ohio, a new survey shows a majority of medical marijuana patients are satisfied with the program.

Blame Michigan: While a new study shows patients’ overall satisfaction with the Ohio medical marijuana program is higher than in previous years, they still think prices are too high. Laura Hancock looked at Michigan’s marijuana program, where prices are significantly lower than in Ohio, because the state never capped cannabis business licenses. Michigan prices are likely to increase, however, and Ohio’s prices will likely continue to decrease, with more dispensaries set to open soon.

Pay delay: Between April 2020 and March 2021, only 43% of Ohioans who filed for traditional unemployment benefits began receiving them within three weeks. That’s the third-worst rate of any state in the nation, according to a new report from the U.S. Department of Labor’s Inspector General.

As Jeremy Pelzer writes, the report illustrates how overwhelmed Ohio’s unemployment office was by a tsunami of COVID-caused claims, leading to long delays in benefits and lengthy wait times to speak to the office’s call center.

In agreement: Republican state Rep. Tom Patton and Democratic opponent Troy Greenfield, speaking with The Plain Dealer/cleveland.com editorial board Tuesday, found a lot of common ground on issues from abortion to freezing property values for seniors. Patton said he “absolutely” would advocate for his fellow Republicans not to restrict abortion beyond the “heartbeat” law – which he said he was already “greatly troubled” by.

Greenfield, a former vice chair of the Cuyahoga County Democrats, said a new state law allowing concealed firearms without a permit (Senate Bill 215) is “reckless and dangerous”; Patton, who voted for SB215, said he would prefer background checks and training in order to get a conceal-carry permit and noted he successfully pushed to amend the bill to help protect police officers.

The two are running in the newly drawn Ohio House District 17, which leans slightly Democratic.

Daniel Miller wrote that he was horrified when the aspiring congressman spoke at last month’s Trump rally, and some in the crowd gave Trump a straight-armed salute that resembled a Nazi Sieg Heil.

“Trumpism, with its xenophobia, conspiratorial worldview, and courting of white supremacists, is helping to transform this country from one where Jews are relatively safe to one where Jews are more in danger,” Daniel Miller pronounced, forecasting he’ll face family repercussions at upcoming Jewish holiday get-togethers for publicly expressing his views.

Ad buys: Republican congressional candidate Madison Gesiotto Gilbert is out with a new campaign ad that accuses “liberals in Washington” of selling out the United States and says that supporting American workers, as she would do in Congress, “is the only way out of Biden’s recession.”

Her campaign says it’s running the ads on broadcast, cable and digital media. Meanwhile, the Democratic Congressional Campaign Committee announced a six-figure broadcast buy of an ad that cites the case of a 10-year-old Ohio girl who was raped and had to leave the state for an abortion to denounce Gesiotto Gilbert as an “extremist” who backed the state’s ban on abortions, even in cases of rape and incest. A spokesperson for the candidate said Democrats are resorting to misleading attacks to “distract voters from Biden’s failed agenda.”

Email debate: As part of discovery in FirstEnergy investors’ lawsuit over the House Bill 6 scandal, lawyers for ex-FirstEnergy CEO Chuck Jones and Industrial Energy Users-Ohio have reached a partial agreement for the law firm of McNees Wallace & Nurick to turn over information related to IEU-Ohio emails involving Sam Randazzo, a former IEU-Ohio counsel whom FirstEnergy says accepted bribes while chair of the Public Utilities Commission of Ohio. In an order issued Tuesday, Magistrate Judge Kimberly Jolson gave the two sides an additional week to iron out their remaining differences and stated she would consider an in-person hearing to rule on any unresolved disputes.

Let’s talk politics: The politics team at cleveland.com and The Plain Dealer is following the biggest stories of the 2022 election and how they affect us all. Now, you can be the first to hear about them – and tell us what you think – through our new Subtext account. You’ll get anywhere from two to four texts a day with breaking news, interesting anecdotes and analysis of the statewide races in the Nov. 8 election.