CBN: A Cannabinoid for sleep and more 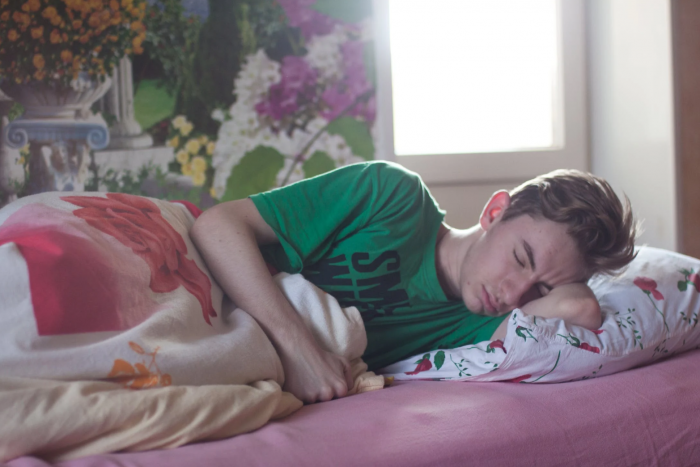 CBN has been shown to have some overlapping effects with CBD, such as anti-inflammatory activity. But using CBN particularly for sleep appears frequently in literature.

Scientists have confirmed the existence of over one hundred cannabinoids in Cannabis sativa, including cannabinol or CBN. What is CBN?

In this article, we’ll dive into using CBN for sleep, explore if the cannabinoid CBN has other health benefits, and look at which cannabis products have CBN.

CBN was the first cannabinoid isolated in the 19th Century, and its chemical structure was defined in the 1930s. Early experimentation led to the observation that CBN could cause similar psychoactive effects to THC, but only at much higher doses.

Perhaps the most unique characteristic of CBN is the process through which it is synthesized. CBN is formed through the oxidation of THC — a process that occurs naturally when cannabis is exposed to the oxygen in air, similarly to how a sliced apple will brown.

CBN has been shown to have some overlapping effects with CBD, such as anti-convulsant activity and anti-inflammatory activity. One particular use for CBN appears frequently in the literature: using CBN for sleep.

Sleeplessness, defined by one study as “less than seven hours of sleep at least two nights a week,” is “a chronic condition for up to 36% of the U.S. population,” resulting in massive loss of productivity and “increasing the frequency, severity, and medical costs of personal injury.” A lack of sleep is also associated with a host of ailments, including obesity, high blood pressure, hyperlipidemia, inflammation, heart attack, stroke, and diabetes.

The same study notes that CBN has demonstrated relaxing and sedating effects without intoxication — meaning that CBN, when taken in an effective dose, doesn’t give the same “high” as THC, but may still provide similar wellness benefits.

This study used hemp-derived CBN “treated using proprietary nano technology to produce a water-soluble liquid” meant to be added to water before sleep instead of a traditional cannabis extract. This specific CBN formulation appears to have greater bioavailability than similar supplements made with traditional methods given the efficacy at low doses of 1-4mg.

The study reports that CBN had a generally positive impact on the participants. CBN significantly decreased the number of individuals experiencing sleep difficulty. Side effects such as morning grogginess were resolved through dose adjustment, and over 70 percent of a subgroup that took other medications or supplements for sleep were able to discontinue them.

Another study reviewed the effect of administering a combination of CBN and THC via extended-release capsule to 35 participants who were already medical cannabis users and had used cannabis as a sleep aid in the past.

This study is affiliated with cannabis industry startup Curio Wellness, and states that the “validation study found that a repeat-action tablet [the specific type of extended release capsule used for this study] formulation of THC and CBN was associated with improved sleep quality.” Patients taking this formulation of THC and CBN reported improved sleep quality.

In a 2022 review on cannabinoids and sleep, Maddison et al. report that “CBN can moderate the intoxicating and psychological effects of THC,” and note the importance of finding new alternatives to traditional sleep aids, which can come with issues related to “poor adherence, tolerance, or side effects.”

The same review notes that many of the studies on cannabis and sleep “specifically recruited participants with a history of chronic or heavy recreational cannabis use, who appear to have poorer sleep than non-users” and that the “baseline or placebo data in these participants may be a reflection of sleep architecture associated with withdrawal.”

While many people use CBN for sleeping, CBN has various other potential health and wellness benefits.

For example, a 2003 study explored the human skin permeabilities of Delta-8 THC, CBD, and CBN with the goal of determining whether any of the three cannabinoids could be used for transdermal combination therapy, a type of hormone therapy that is sometimes combined with chemotherapy.

RELATED: What Is A Chillum?

The study found that the permeabilities of CBD and CBN were ten times higher than THC, suggesting that both cannabinoids could be adapted into transdermal products.

In another study, Wong and Cairns (2019) found that CBN had nearly indiscernible effects on motor function and was actually more effective for pain relief when combined in a 1:1 ratio with CBD than when used on its own. Although both CBD and CBN were found to be less effective for pain relief than THC, the lack of intoxicating effects from either makes them worth further research.

CBN also might serve as a non-intoxicating alternative to THC for users looking to stimulate appetite. One study conducted on the effects of CBN and CBD on rat feeding patterns found that administration of CBN resulted in reductions of time between eating bouts and “significant increases in the food consumed during the first hour and meal,” indicating that CBN stimulates appetite.

Additional potential medical and wellness benefits of CBN include its “anticonvulsant, anti-inflammatory, antibacterial (specifically against MRSA), anti-proliferative, and anti-tumor effects.”

Where to find CBN products

As we noted above, CBN has historically been most commonly found in aged cannabis products.

More reliable sources include CBN tinctures, which are the most widely available product for users looking to incorporate CBN into their cannabis consumption routine.

To make CBN yourself, expose your flower to oxygen and light, and wait.

According to one study conducted in 2010, decarboxylated THC has a half-life of about a year when stored in daylight at room temperature, meaning that about half of the THC will have degraded into CBN at that point. If you’re interested in speeding up the process, the same study reports that cannabis concentrates degrade significantly faster, with a half-life closer to 35 days when stored under the same conditions.