Marijuana Banking has grown quickly. Here’s a look at Who’s Who 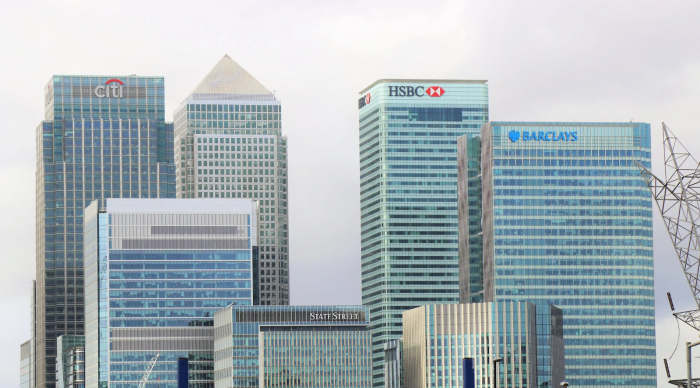 Power brokers - I spoke to half a dozen investment bankers about how their firms work in the cannabis space in terms of what they’re able to advise on — and what they’re not — and what trends they’re seeing in deal-making.

Let’s break it down bank by bank.

Sitting within the bank’s consumer and retail investment banking coverage,  Cowen doesn’t work with US-based THC businesses to raise growth capital — but it has advised on most other types of transactions within state and federal legal confines, O’Reilly said. “We had the benefit of a huge head start to understand the landscape and how to choose the right companies and the right transactions to work on.”

On top of research, Cowen also has a Washington-based policy group that keeps tabs on federal laws as well as a separate analyst who studies state rules.

O’Reilly sees increasing consolidation in the industry as well as tobacco and alcohol players making more investments in the space. Technology that services cannabis companies is also interesting to watch. “It’s been hampered by a lack of capital access, but the industry’s been creative in structuring transactions where sellers take earn-outs and seller notes and obviously stocks,” O’Reilly said.

The Los Angeles-based boutique investment bank established a cannabis practice in late 2019 led by Senior Vice President Sam Scanlan, a father of two and an avid golfer. The bank has two dedicated bankers as well as reinforcement from its consumer, food and retail banking, capital markets and financial valuation advisory operations. Houlihan Lokey draws on experience in its bread-and-butter middle-market advisory business.

“There are a lot of the same attributes in terms of leaner management teams, organization and needing a lot more than just a banker,” Scanlan said. On top of deal advisory, the bank provides tax and accounting services, as well as due diligence and valuation consulting for clients that may not have in-house resources, he added.

Scanlan sees plenty of consolidation and is working on bringing in traditional, noncannabis investors. “Our belief is that a lot of those pockets of capital are the ones that are going to cross over and help fill the supply and demand gap on the capital side.”

On top of being the only female banker I profiled in this space, Jefferies Managing Director Ariella Tolkin also uniquely sits within the bank’s health-care practice instead of consumer.

With a background in biotechnology transactions, she started covering cannabis in 2017 right before Canada legalized recreational usage. A year later, she made it her full-time job.

Based in Miami, Tolkin covers cannabis companies globally, including those in Germany and Australia. “Unlike other banks, Jefferies is a truly global bank, so I have resources in many countries,” she said. In the US, the bank doesn’t provide any advisory or capital-markets services to directly plant-touching businesses, she said.

She expects to see a lot of stock-for-stock M&A activity for consolidation in the next six to 18 months, followed by a wave of capital inflow from sector specialists such as mortgage investors that could look at cannabis mortgage REIT assets.

Started in 2018, Moelis’s cannabis business is led by Managing Director Grant Kassel. He spoke to me in August about his practice, which includes 15 bankers across all levels.

Kassel and the bank estimate that cannabis will be a $100 billion market annually. He sees the larger investment banks eventually moving into the space, but thinks it will take time.

The collaboration between the bank’s M&A and restructuring experts are part of what differentiates Moelis from other practices, he says. “We’re the leader in restructuring advisory in the cannabis sector, which is extra complicated given the lack of federal bankruptcy,” he said.

“From a growth vertical perspective, we’re spending a lot of time from a branded cannabis perspective because we think a consumer packaged goods-style coverage of this sector is where the industry will eventually go,” he added. The bank is also expanding internationally, with Europe being the first stop.

“We’re a strategic advisory firm, so we’re not a ‘bank’ in a traditional sense,” he added. “We don’t provide loans or capital directly into companies. We advise on those initiatives.”

Buyers’ objective in M&A has changed recently to creating cash flow and improving profitability, versus the prior goal of establishing bigger footprints, Wappler said.

With a background in regulated consumer products including alcohol and tobacco, Wappler also envisions the sector becoming more mainstream and relevant to consumer companies in the longer run.

Number of the week

Quote of the week

“Candidly, I don’t think SAFE is going to happen for at least another six to 12 months would be my best guess, if not longer,” said Houlihan’s Scanlan, referring to the US proposal that would regulate banking for the pot industry. “My rationale is that it’s not really a partisan issue and there’s not really alignment within each of the parties, and because of that I just think it’s going to take an awful lot longer that a lot of people think.”

What you need to know