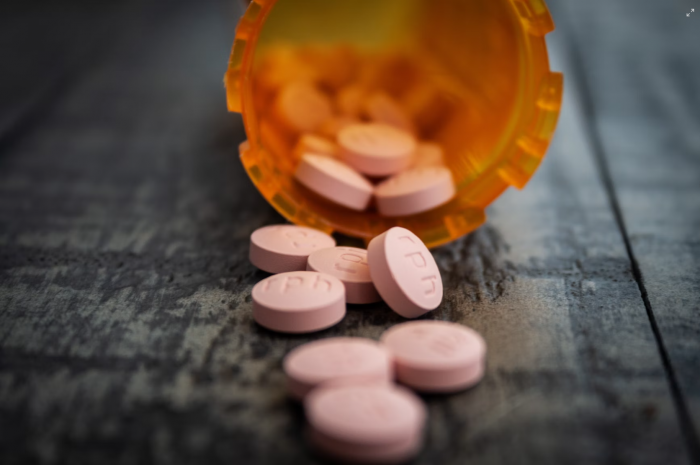 Another study has found that giving people legal access to medical marijuana can help patients reduce their use of opioid painkillers, or cease use altogether, without compromising quality of life.

The study, published in the peer-reviewed journal Substance Use and Misuse on September 27, surveyed registered medical cannabis patients in Florida, asking questions about their consumption habits and how marijuana has affected their use of traditional pharmaceuticals.

Researchers at the firm Emerald Coast Research and Florida State University College of Medicine asked 2,183 patients who were recruited at dispensaries across the Sunshine State to fill out 66-item cross-sectional surveys to learn more about the role of medical cannabis legalization amid the overdose crisis.

“The findings suggest that some medical cannabis patients decreased opioid use without harming quality of life or health functioning, soon after the legalization of medical cannabis.”

Respondents had a wide range of conditions that qualified them for medical marijuana under Florida’s law, including anxiety, pain, depression, sleep disorders and post-traumatic stress disorder (PTSD). Most patients said that they’ve used cannabis daily to treat their symptoms.

But one of the most revealing findings from the large-scale survey was the extent to which people reported using marijuana to reduce their use of opioids, or to stop taking the federally legal painkillers entirely.

According to the study, 85.9 percent of respondents said that cannabis effectively reduced their pain. And that seems connected to another finding that 79 percent of people who said they were taking opioids for their pain reported that they reduced or stopped using the prescription drugs after they starting consuming cannabis.

“Most patients rated medical cannabis as being important to their quality of life.”

“A large number of people feel the need to take opioid pain medication,” stated researcher Carolyn Pritchett in a September 28 press release. “If there’s the option to instead use a medicine with less harmful side effects, including a lower risk of overdose and death, then it should perhaps be considered. But more research, including studies that follow patients over time, is needed before substituting opioid painkillers for medical cannabis becomes commonplace.”

“Like any other medicine with side-effects, patients should be regularly monitored and assessed for adverse events, abuse disorder and other issues.”

The study, which was partially supported by Trulieve Cannabis Corp through a $5 credit for patient participation and basic research costs, found that 68.7 percent of patients also reported experiencing at least one side effect—most commonly dry mouth, increased appetite or drowsiness.

“The use of opiate based pain medication may be reduced, or even ceased, especially in patients with chronic pain, soon after access to legalized medical cannabis,” the researchers stated in the study. “Initiation of medical cannabis laws could lead to public health changes through the potential opioid-sparing effects of medical cannabis without worsening health functioning.”

While the researchers focused on trends related to opioid painkillers and cannabis, they also found that people were using cannabis to substitute the use of other psychiatric pharmaceuticals like benzodiazepines. And among those who said they initiated medical marijuana use post-legalization, “all groups” said that it was “extremely or very important to their quality of life, with responses being congruent with the overall study sample.”

“The majority of participants reported either cessation or reduction in pain medication use following initiation of medical cannabis.”

The authors went on to write that their “unexpected finding of a small but notable group willing to reduce or eliminate psychiatric medications after medical cannabis access urges further study into populations with mental health ailments.”

This study adds to the growing body of scientific literature showing that marijuana access is associated with reduced use of traditional pharmaceuticals that can have significant side effects.

And while several studies have focused on self-reported survey data, which has inherent limitations, others have analyzed the trend from other angles.

For example, a first-of-its-kind study released earlier in September found that the pharmaceutical industry takes a serious economic hit after states legalize marijuana—with an average market loss of nearly $10 billion for drugmakers per each legalization event.

There’s no deficit of anecdotal reports, data-based studies and observational analyses that have signaled that some people use cannabis as an alternative to traditional pharmaceutical drugs like opioid painkillers as well as sleep medications.