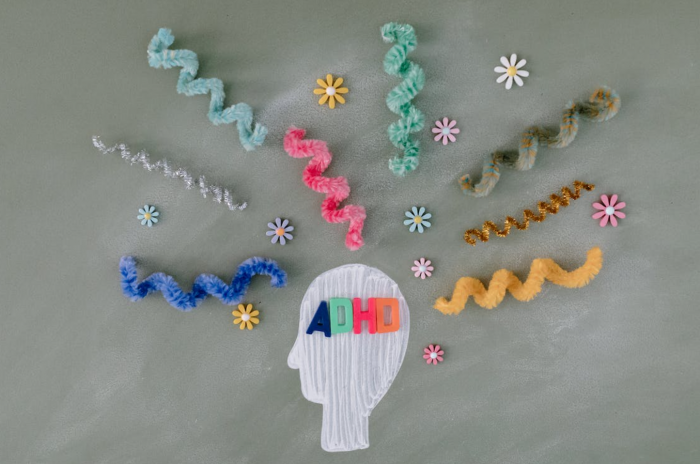 Cannabis and ADHD have a complex relationship, but there is compelling evidence that marijuana helps treat the chronic condition.

If cannabis can be used to enhance your focus, can weed help ADHD? In this article, we’ll look at what the science says about cannabis and ADHD, including recent research that suggests that ADHD may be connected to the endocannabinoid system.

While scientists are still exploring weed and ADHD, there is some early evidence that suggests cannabis may be a helpful therapy.

Cannabis and ADHD: An Overview

Before we get into how weed affects Attention Deficit Hyperactivity Disorder (ADHD), let’s define what we are discussing.

ADHD is a neurological condition that makes it difficult to focus and can lead to impulsivity and hyperactivity. ADHD is the official medical diagnosis, whereas Attention Deficit Disorder (ADD) is a now-outdated term that describes people with primarily inattentive symptoms. At present, one in nine children are diagnosed with ADHD and an estimated 6.76% of adults display ADHD symptoms.

People with ADHD may encounter trouble in school or work. However, many successful individuals with ADHD — such as business mogul Richard Branson or the award-winning journalist Lisa Ling — view their ADHD as an advantage, so this condition affects everyone differently.

While there is no cure for ADHD, there are treatments that can help manage symptoms. Common treatments include medication, therapy, and lifestyle changes. The most common medications prescribed to treat ADHD are stimulants, specifically methylphenidate (e.g. Ritalin) and amphetamines (e.g. Adderall).

However, some people do not respond well to medication or cannot tolerate the side effects. As a result, many people turn to natural treatments like cannabis and CBD to treat their ADHD symptoms.

Why might cannabis help with ADHD? Cannabis is a complex plant that produces hundreds of biologically active cannabinoids, terpenes, and flavonoids. Different cannabis products, ingestion methods, doses, and active ingredients allow cannabis to create a wide range of effects — some of which might treat ADHD symptoms. But which compound is responsible for the benefits — is it CBD, a specific terpene, or does THC help with ADHD?

Researchers have noted that “the complexity created with whole plant products…eludes simplistic conclusions about the effect of [cannabis] on” ADHD symptoms. So, what does the science say? Does weed help with ADHD?

Weed and ADHD: Pros and Cons

There is not much rigorous research into cannabis and ADHD due to federal restrictions that limit cannabis research. However, there is some evidence to suggest that marijuana helps with ADHD in some individuals.

A small case report out of the University of Saskatchewan in Canada described how cannabis self-medication affected three males with ADHD. Each of the males were in their late teens and early twenties, taking standard ADHD medications, and had successfully incorporated cannabis into their treatment regime.

Two of the three patients reported taking cannabis once daily, whereas the other patient preferred a twice-daily regimen. Two patients preferred smoking cannabis rather than taking it orally. One patient opted to change the cannabis product he was given to one with high THC and no CBD.

The researchers found that each person exhibited positive benefits regardless of the ingestion method, dosage, and cannabinoid ratio. Each participant found he was able to keep his “emotions in check” and that his quality of life increased.

Due to federal restrictions, researchers have had to get creative to study weed and ADHD. For example, researchers looked at online forums to determine how people with ADHD discuss cannabis. In one study, researchers analyzed 401 forum threads and found that:

As a result of their online forum assessments, researchers noted that “despite [the fact] that there are no clinical recommendations or systematic research supporting the beneficial effects of cannabis use for ADHD, online discussions indicate that cannabis is considered therapeutic for ADHD.”

So, it seems weed can help ADHD for some individuals. Below is a brief summary of the pros and cons of weed for ADHD, according to the available data:

Pros of using weed for ADHD:

Cons of using weed for ADHD:

Does Weed Help with ADHD?

Cannabis and ADHD have a complex relationship, but there is compelling evidence that marijuana helps ADHD.

The relationship is complex because ADHD is associated with increased risk of substance use, abuse, and dependence. Between 34-46% of adults seeking treatment for cannabis use disorder have ADHD. Researchers have found that individuals with ADHD are 7.9 times more likely to use cannabis in their lifetime than an individual without ADHD.

But what if individuals with ADHD are self-medicating with cannabis? Remarkably, that’s what the data suggests.

For example, a 2008 case report from Germany described a 28-year old male who was “very maladjusted and inattentive while sober,” but who appeared completely “inconspicuous” while having very high levels of THC in his blood plasma.

So, weed might help with ADHD — and cannabis may affect people with ADHD differently than neurotypical individuals.

In 2017, there was a small study on cannabis and ADHD called EMA-C (Experimental Medicine in ADHD-Cannabinoids) that found similar results. EMA-C was a pilot, randomized, placebo-controlled study of Sativex, an oromucosal spray with a 1:1 CBD:THC ratio.

Thirty participants were randomly assigned to take Sativex or a placebo. Researchers wanted to determine the effects of cannabinoids versus a placebo on cognitive performance and ADHD symptoms in a small group of adults with ADHD.

For cognitive performance, no significant differences were found between the two groups. But Sativex was associated with a “nominally significant improvement in hyperactivity/impulsivity…and a trend towards improvement for inattention and emotional lability.” These improvements were not statistically significant following “adjustments for multiple testing.”

However, the researchers concluded that “adults with ADHD may represent a subgroup of individuals who experience a reduction of symptoms and no cognitive impairment following cannabinoid use.”

They note that the results of the study were not definitive, but do provide preliminary evidence supporting the “self-medication theory of cannabis use in ADHD.” As a result, the researchers call for further studies to explore the role of the endocannabinoid system in ADHD.

Can You Get Medical Marijuana for ADHD?

A study from 2017 indicates that a small number of psychiatrists in the United States have recommended medical cannabis for the treatment of ADHD.

In states where marijuana is legal for medicinal purposes, ADHD is not listed as a qualifying condition that can result in a physician issuing a medical marijuana card. However, many people with ADHD self-medicate with cannabis and find great benefit.

Can CBD Help with ADHD?

Cannabidiol (CBD) is being investigated as a treatment for a wide range of conditions such as Autism Spectrum Disorder (ASD), social anxiety, and schizophrenia.

A 2020 literature review summarized clinical outcomes of CBD or nabiximols (a whole-plant extract of CBD:THC in a 1:1 ratio) for psychiatric disorders, and found that CBD has a Grade B recommendation for ASD, social anxiety, schizophrenia, and ADHD.

So, the latest research suggests that CBD may have a moderate benefit for some individuals with ADHD. Can you take CBD in place of Adderall? That’s a question you’ll need to ask your doctor as it beyond the scope of this article.

While many of the studies referenced in this article focus on combinations of CBD and THC, one study also looked at CBN. (If you aren’t familiar with the cannabinoid CBN, check out What is CBN?)

This study found that individuals who consumed more CBN had lower ADHD symptom frequency. This finding is interesting because previous research has indicated that CBN in combination with THC is associated with increased psychoactive effects. Perhaps ADHD is related to the endocannabinoid system in currently unknown ways. As more research comes out, we will update this page.

Is Weed Bad for ADHD?

Many people wonder if cannabis is bad for ADHD. Cannabis can reduce attention, cause sleepiness, and excessive use may affect motivation. Additionally, some literature suggests that ADHD symptoms are associated with increased cannabis craving, dependence, and earlier initiation of use. However, the only controlled trial of cannabinoids and ADHD found that “no ADHD symptoms worsened.”

It is worth noting that purposeful cannabis consumption has a greater benefit for ADHD than using cannabis to “get high.” Jointly is an app designed to help you discover purposeful cannabis consumption. With the Jointly app, you can track how precise doses and cannabinoids affect you. You can choose your experience (like Focus or Stimulate Appetite), get matched with products that Jointly users rate highly for that experience, and learn how the 15 Factors impact you.

Can Weed Cause ADHD?

A large-scale study was conducted to determine how genes, cannabis use, and ADHD interacted. The researchers found evidence that ADHD predicts lifetime cannabis use, but that cannabis use does not predict whether or not an individual has ADHD.

In short, the researchers found “no support for the idea that cannabis use increases the risk of ADHD.” Weed does not cause ADHD, although it may worsen symptoms for some individuals.

If you are interested in cannabis and ADHD, it is likely you are also wondering about weed and Adderall, weed and Vyvanse, or weed and Ritalin. You may wonder if you can replace ADHD meds with weed, or if it is safe to combine prescription stimulants with cannabis. Please consult with your doctor if you want to know if it is safe for you to combine cannabis with your prescribed ADHD medication, or replace your medication with cannabis and CBD.

One study looked at the combined effects of weed and Ritalin (methylphenidate), and found that the combination “produces unique effects on cardiovascular function, subjective effects and performance measures.” For example, Ritalin reduced the variability of reaction time, but THC mitigated these effects.