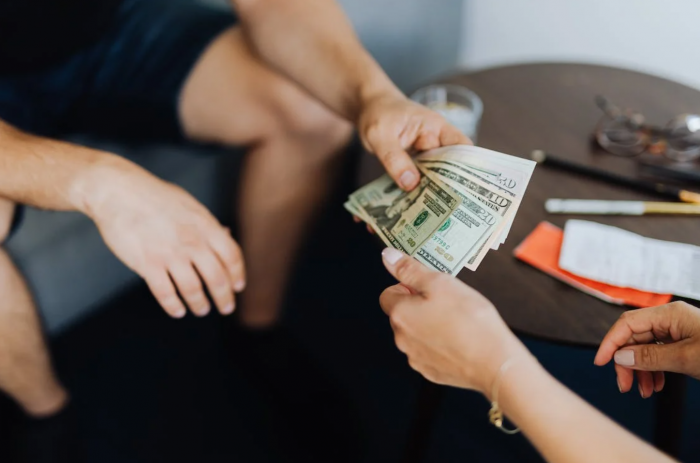 An emphasis on corruption and enforcement downplays the very real influence of regulation and taxes on California's booming black market.

The Los Angeles Times has released a heavily researched, heavily reported investigation on the many, many ways that California's legalization of marijuana has been a disastrous mess.

Titled "Legal Weed, Broken Promises," the four stories of the series painstakingly illustrate the breadth of the illegal grow operations scattered across much of the rural parts of California, the political corruption and bribery that has come from the way the state has given politicians control over licensing, and the spread of unlicensed dispensaries that are seemingly uncontainable.

The amount of work the journalists put in to document the extent of the problem is laudable for providing valuable context for how badly California has screwed this up. Most people in California know what a disaster legalization has been. Most people know that the black market still accounts for the majority of marijuana purchases in California.

Most people (especially those who live outside the big cities) are well aware of all the illegal grow operations. What this series does is provide specific examples of the dangerous environment that still exists, full of threats, violence, and even murder.

But the series is not without its flaws, the biggest of which is a relatively poor grasp of markets and the limits of the power of government to control how people interact with them, which is particularly true in a state as massive as California.

There is the assumption in these stories that the breakdown in the system is due to a lack of control and enforcement by police and regulators. The stories are reluctant to address the real sources: The extent of state and local taxes drive up prices, and the ability of local officials to decide who can participate in cannabis is a huge factor in the persistence of the black market.

While the stories do bring up these issues to provide some context, they really don't contend with how much of the California black market is a result of the exorbitant costs to do business legally in the state.

Instead, the illegal grow operations and unlicensed dispensaries are presented as a failure of enforcement. In a story about illegal dispensaries that dot Los Angeles County (there are probably hundreds of them in both the county and the city), reporter Matthew Ormseth visited illegal dispensaries in the county and talked to people who owned and worked there, including a wonderfully cranky owner in a "Fuck Joe Biden" hat who complained that he had initially planned to get licensed and operate legally until he found out the costs:

"Tax, permit, license," he said, ticking off the things for which a legal operator has to pay. "We're going to take your money. Without [the] license, we're going to f— you up with raids. Either way, you're going to lose."

The raids have not made him consider shutting down, he said. "Why am I going to close shop? People are crying for this stuff, crying for weed."

All of this would seem to provide evidence that the regulations and taxes are the problems. The market is not being allowed to properly provide the demand. But instead, Ormseth turns to the L.A. County Sheriff's Department to give them a place to complain that they could fix the problem by, you guessed it, throwing more people in jail:

When it comes to charging people for crimes related to illegal dispensaries, "there's this attitude: It's just cannabis, we're not going to incarcerate people for that," [Lt. Howard Fuchs of the Sheriff's Department's Narcotics Bureau] said. "Well, you're just telling the legal market, 'Good luck.'"

Illegal dispensaries, meanwhile, are making money "hand over fist," Fuchs said. His detectives have seized cash and ledgers documenting sales that indicate the busier ones are making as much as $25,000 a day in revenue, he said.

Fuchs goes on to insist that the problem can be fixed by "prosecuting people who operate or work at illegal dispensaries—and securing meaningful penalties." Did all the crackdowns on marijuana for decades and decades stop the black market? They did not. The war on drugs was lost. Why on earth are journalists giving the time of day to this tired, demonstrably untrue position?

The story about local government corruption in the marijuana industry, by Adam Ehlmahrek, Robert J. Lopez, and Ruben Vives, hits some of the same beats as my own coverage from Reason's April issue and expands it to even more cases.

The story notes that part of the problem is that Proposition 64, which legalized recreational marijuana sales in California, gives local governments wide control to allow or ban cannabusinesses within their borders.

This has led, naturally, to bribes and intimidation in municipalities and counties across the state due to the twisted incentives this creates. The L.A. Times even interviewed two officials in 2021 from Calexico who had been convicted in federal court for taking bribes from an undercover FBI officer posing as a cannabusiness owner.

One of them noted that setting an artificial limit of 12 licenses was a mistake that created a competition that led to corruption.

And so, it's somewhat bizarre that Times leans so heavily on the idea that the "broken promises" here is that the government hasn't extended even more control in order to rein in the black market. The real failure here is that the state and local officials have put in so many regulatory barriers and taxes that the market cannot function properly within the boundaries of the law.

Illegal grow operations flood the market with cheap goods, and licensed operations can't compete because they have to give so much money to the government. The same holds true for dispensaries.

There is a government failure here, but it's not, as Fuchs believes, a lack of policing or enforcement. It's government control and greed, a need by officials to make sure they get their pockets lined before the market is allowed to provide.