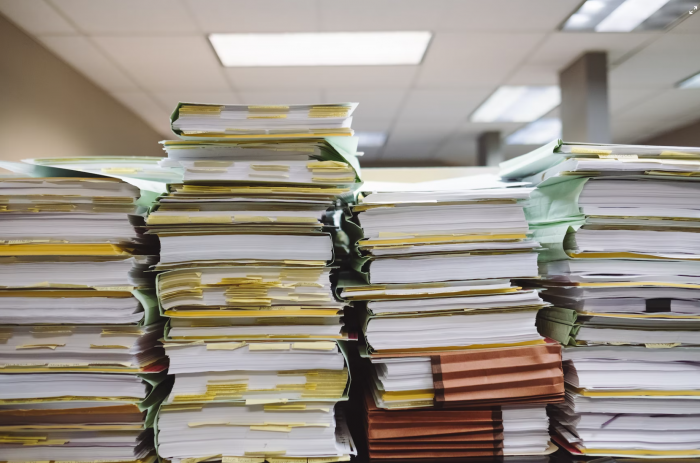 HARRISBURG - A series of investigative stories from Spotlight PA this year has uncovered serious flaws in Pennsylvania’s medical marijuana program and prompted calls for change from doctors, patients, industry leaders, and policymakers.

The coverage — based on months of reporting, dozens of interviews, and thousands of pages of public records — has revealed misleading or dangerous tactics by cannabis businesses, unequal advertising rules, legal gray areas for workers and employers, and inconsistent enforcement by Gov. Tom Wolf’s administration.

Here’s a look at the reporting, its impact, and the issues we’re keeping an eye on:

A first-of-its-kind review of more than 60 websites revealed that some cannabis companies made statements that multiple health policy and addiction treatment experts called misleading, incorrect, or even dangerous. Spotlight PA’s analysis focused on claims companies made about using cannabis to treat opioid addiction.

Thousands of pages of records obtained by Spotlight PA also showed that state regulators do little to ensure cannabis dispensaries, which require a permit from the state, make accurate medical claims on their websites. Meanwhile, companies that offer to help patients obtain a medical marijuana card operate with little to no oversight.

Impact: One dispensary removed incorrect information from its website after Spotlight PA contacted the company in December.

Medical experts shared the investigation online and stressed the importance of patients using federally approved medication, such as buprenorphine and methadone, for addiction treatment.

“As much as cannabis may help symptoms such as pain, or even situational anxiety, it is not a substitute for evidence based treatments of opioid use disorder,” wrote Deepika Slawek, a physician at Montefiore Health System and assistant professor at Albert Einstein College of Medicine in New York.

“This is why we need common sense regulation at the national level of cannabis companies and lower barriers to research.”

In Harrisburg, a former member of the Maryland Medical Cannabis Commission cited Spotlight PA’s reporting in written testimony to Pennsylvania lawmakers in March. Deborah Miran testified that she worked as a consultant with regulators in 10 states and benefited from cannabis herself as a leukemia patient.

The Pennsylvania Department of Health “needs to include staff that are knowledgeable and experienced to monitor the published material and websites of permit holders regarding matters related to medical claims,” Miran wrote.

What we’re watching: Some websites for dispensaries and medical marijuana card companies continue to include incorrect information — including two companies that made identical claims that experts flagged as potentially dangerous.

The Department of Health has declined to say whether it’s made any changes to its oversight of online marketing by dispensaries. The department has repeatedly said it doesn’t have authority over medical marijuana card companies, and lawmakers haven’t introduced any recent bills to expand the agency’s power over those companies.

In a recent statement to Spotlight PA, department spokesperson Maggi Barton said the agency “holds patients’ health and safety as a top priority when administering and enforcing the Medical Marijuana program in accordance with the law and regulations.”

Patients in Pennsylvania need approval from a physician before they can buy cannabis at dispensaries. Initial certifications often cost $125 to $225 and must be renewed annually.

But unusual advertising restrictions and inconsistent enforcement have given an advantage to largely unregulated businesses that stand to rake in millions of dollars each year courting the state’s more than 400,000 medical marijuana patients. Meanwhile, individual physicians working on their own or in small practices are silenced, Spotlight PA revealed in a May investigation.

To report this story, Spotlight PA uncovered previously hidden disciplinary records, including warnings the Department of Health sent physicians and responses from those doctors defending themselves and criticizing the unequal system.

Impact: While reporting the story, several former or current lawmakers and members of the state’s Medical Marijuana Advisory Board said they were unaware of the extent of the disparity — or that it existed at all — until Spotlight PA revealed it.

During a Spotlight PA panel discussion in June, Shalawn James, a member of the advisory board, said the department had not explained in detail its enforcement approach.

“Is it fair? Probably not,” James said. “Does it serve its purpose for everybody involved? No. I understand why it’s in place. Maybe it’s time for a new opportunity to look at how it’s impacting everybody in general.”

Judith Cassel, a cannabis attorney who participated in the panel, said she was talking with physicians across the state about potentially challenging the advertising ban on doctors in Commonwealth Court. “Not only is the prohibition inconsistent,” Cassel said, “but it’s inconsistent with the First Amendment.”

A TribLIVE editorial urged lawmakers to change the system.

“If the legislators still believe in the limits they set on doctors, they should apply them to the other businesses. If they don’t still have those fears, they should take the handcuffs off the physicians,” the editorial board wrote.

What we’re watching: After Spotlight PA’s investigation was published, a spokesperson for the Department of Health said lawmakers could change the advertising rules.

“We would welcome legislative interest in strengthening our ability to protect patients and doctors from outside vendors using loopholes in the legislation to mislead or otherwise victimize patients seeking medicine,” the spokesperson said.

But lawmakers haven’t introduced any recent legislation to make the rules consistent.

In Harrisburg, there have been other discussions this year about increasing oversight of physicians or companies that work with them. Members of the public have criticized the rules for physicians during the Department of Health’s ongoing effort to create final regulations for the state’s medical marijuana program.

The department has advocated for changes to the rules too. The agency wants to ban physicians from charging excessive fees for certifications and follow-ups, writing that the department “has an interest in ensuring that those practitioners are not taking advantage of patients in need of medical marijuana.” But the department’s proposal didn’t specify a price it would consider too high.

A review of more than a dozen state and federal lawsuits shows how medical marijuana patients in Pennsylvania are being denied work, demoted, or fired for using the drug. Vague safeguards have left them and their employers to navigate a legal gray area.

What we’re watching: There are multiple bills in the legislature that would impact the rights of workers. It’s too soon to know whether any will gain significant traction before the session ends in November.

“Patients who use medical cannabis deserve the same respect as patients who use any other treatment,” state Senate Minority Leader Jay Costa (D., Allegheny) wrote on Twitter as he shared Spotlight PA’s story. “I am proud of the progress we have made in PA to increase patient access to medical cannabis, and I will fight to protect patients at their places of work.”

“We must decriminalize recreational cannabis, protect workers, students & parents from adverse actions, and work to repair the damage of decades of inequitable overenforcement of marijuana laws,” Frankel wrote on Facebook.

In the House, state Rep. Chris Rabb (D., Philadelphia) introduced a bill in June of 2021 that would increase protections for workers. The bill hasn’t come up for any votes yet, and an identical proposal from Rabb in 2019 died in committee without any votes.

In the Senate, two bills that would potentially affect workers passed out of committee and are awaiting votes before the full chamber. One would ban people in safety-sensitive jobs — including operating vehicles, performing firefighting duties, dispensing pharmaceuticals, and caring for patients or children — from working while impaired.

Republicans voted in favor of the bill in committee in April, but Democratic lawmakers have raised concerns about how employers would determine impairment.

The other bill would have a less direct impact on employment. Under that proposal, medical marijuana patients couldn’t be convicted of driving under the influence of cannabis unless there was “proof of actual impairment.” That could potentially help workers in jobs that require them to drive.

As Spotlight PA noted in its September investigation, firefighters in Pittsburgh reached a deal with city officials in 2018 that offers protections to medical marijuana patients who use the drug off duty. But firefighters in many other municipalities don’t have those same legal protections, interviews and public records requests show.