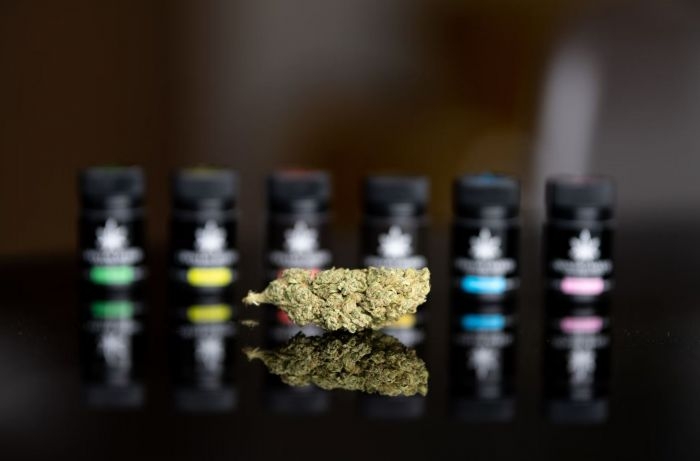 ANTIOCH - Antioch has approved its first downtown cannabis dispensary after revisiting a proposal that was denied weeks earlier.

Mayor Lamar Thorpe brought back the item to the council after a check with the city’s legal team revealed that City Councilwoman Monica Wilson did not need to recuse herself at the previous hearing, which failed on a split vote.

Located at G and Third streets at the site of a former dance studio, the FUEL retail dispensary will sell cannabis and products but not include a delivery service. The store will operate out of 1,500 square feet in the northeast corner of the quarter-acre property, according to the applicant, SRV, and its affiliate, Sean McCauley Investments, which owns the buildings there.

McCauley, a developer who has helped bring in several successful restaurants and other businesses to Antioch’s downtown in recent years, on Tuesday reiterated his reasons for applying for a cannabis permit.

While the Antioch council had approved areas to locate cannabis businesses on the city’s outskirts several years ago, last October it added the downtown as a zone available for such operations.

In addition to retail cannabis, SRV and its affiliate are proposing to sell rolling papers, pipes, vape pens, vape pen batteries and chargers, which are used to administer cannabis concentrates.

Not everyone cared about the increased business and foot traffic to the downtown, however.

A resident told the council on Tuesday that he opposed allowing the dispensary, expressing concerns about safety considering the police department is understaffed. He quoted an article about a recent shooting at an unlicensed indoor grow operation in San Leandro in which two people were shot.

“I’m a little concerned about the safety, protect and serve,” he said. “Remember your oath, protect and serve, is this this? Is this item going to protect and serve the citizens of Antioch? Do you see a bunch of lines at all the marijuana dispensaries? Are the parking lots all full but we need like three more, or is this just a result of campaign contributions to candidates?”

In answering a question about the number of police incidents at local cannabis businesses since they became legal, though, Capt. Anthony Morefield could recall only a few incidents,, including one shooting outside a dispensary after hours that he said was not related to the business.

The city requires two armed guards during the day and one armed guard at night for all such businesses, which is not typical for most cities, the mayor said.

“Ours I think is the gold standard in terms of public safety as it relates to making sure that these facilities are secure,” he said.