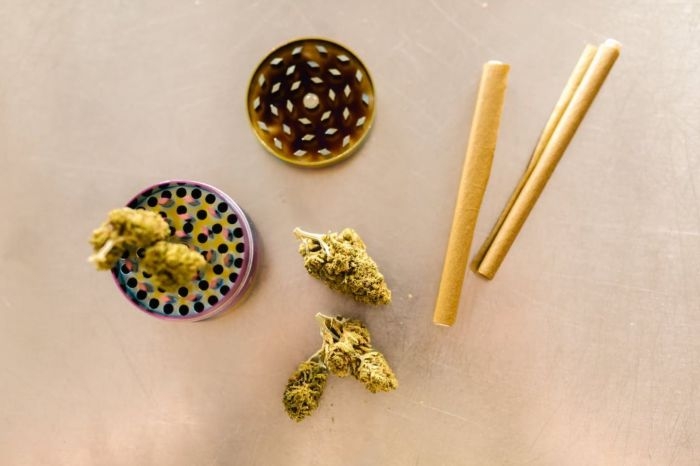 Market structure and regulation have made medical cannabis far more expensive than illegal products, and consumers are choosing the cheaper option.

A new state report estimates only about 20% of the marijuana sold in Hawaii last year came from local marijuana dispensaries, and blames “market structure and regulation” for driving consumers to buy from illegal growers and sellers.

The report by the Tax Working Group of the Dual Use of Cannabis Task Force estimates the existing marijuana market in Hawaii is worth about $240 million a year, and a mature market could grow to about $354 million annually if recreational marijuana is legalized.

Considering that state tax collections are now running at about $8 billion a year, the report notes that the potential revenue for state government is “relatively modest in comparison with the overall state economy and tax collections.”

The report also warns that aggressively taxing legal marijuana providers early on may jeopardize the entire industry by encouraging consumers to continue buying cheaper product on what it describes as the “gray” market.

The report defines a “gray market” as one that enjoys “higher levels of social acceptance” and more ambiguous legal treatment than a clearly illegal black market.

Overall, the report argues that if Hawaii moves ahead with legalization, it should avoid “burdensome levels of regulation and taxation” so the legal market can compete with the gray market distributors who now make most of the sales.

The report comes as Hawaii’s eight legal dispensaries of medical marijuana have struggled to make a profit. Randy Gonce, executive director of Hawaii Cannabis Industry Association, said only about three of the dispensaries operating in Hawaii are breaking even, and none have been able to pay a return on their investors’ money.

“On paper, they’re not successful businesses,” which makes it difficult for the operations to attract new capital, he said. “You’re working on a very limited consumer base with heavy, heavy regulations. Your tax is really, really high, you can’t write your taxes off … at the federal level — it’s just a hard industry to be in.”

An obvious remedy is enlarging the legal market by allowing recreational cannabis use, and advocates anticipate a major push next year for outright legalization.

Outgoing Hawaii Gov. David Ige opposes recreational use, which tended to deter state lawmakers from moving in that  direction in recent years. The state Senate voted to legalize marijuana for recreational use last year, but the measure died in the House.

State Sen. Chris Lee, who supports legalization for recreational use, said the new Tax Working Group report offers the first coherent strategy he has seen for coping with illegal sales, a problem that has bedeviled dispensaries in other states that have legalized recreational use.

Hawaii has a thriving illicit market for marijuana, and even aggressive law enforcement efforts were incapable of stamping it out. In fact, the task force report suggests that Hawaii’s gray or illicit marijuana market is so well developed that the state is already part of a national cannabis market.

“According to people working in the industry, most illicit cannabis sold in Hawaii comes from California. Illicit California cannabis is cheap and of relatively good quality,” according to the report. “This market dynamic will not go away even if Hawaii opts to legalize adult-use.”

Meanwhile, the state has steered away from more punitive approaches to marijuana use in recent years. The Legislature decriminalized illegal possession of small amounts of marijuana in 2019.

The task force was created last year to explore development of a system with both medicinal and legal recreational uses — recreational use is already legal in 19 states plus Washington, D.C., and Guam — and the new report seeks ways authorities could oversee the industry “and end a culture of illegality.”

Gonce, who was a member of the team that produced the report, said Hawaii can learn from other states that have made licensing and entry into the legal market so difficult that growers and distributors in the gray market opted to continue to operate illegally.

“What we want to do is a very low barrier to entry, but still with certain things to keep the integrity of the business,” he said.

That includes audits to track cash flow, monitoring to be sure the crops originate in Hawaii, and government testing of the product for purity and potency, he said.

Hawaii dispensaries reported about $50 million in sales in 2021, but the report estimates that is only about 20% of sales statewide. The primary reason for that is price, with product in the dispensaries running 40% to 100% higher than what is available on the illegal market, according to the report.

The existing system has also created what the report called an “oligopolistic market on each island.” It notes Kauai has only one dispensary, and it has the highest prices at about $400 an ounce.

The report also warned that recreational marijuana may command a high price early on, but the experience of other states shows the price drops dramatically as new producers enter the market. In Colorado, for example, the price of marijuana fell from $2,000 a pound in 2015 to less than $1,000 in 2019.

The report also recommends that the state tax marijuana at a relatively low rate of 5% to start with, and gradually ramp up as the recreational and medical markets mature.

“This strategy would allow the legal market to compete with the gray market on price in the initial phase of market development,” according to the report.

The report also makes a case for using “a strong independent cannabis agency” to oversee the development and operation of the Hawaii market, rather than the state Department of Health.

Rep. Ryan Yamane, who is chairman of the House Health, Human Services and Homelessness Committee, said the report validates the idea that marijuana shoppers are less concerned with the source and quality of the product than they are with the price.

If the state approves recreational marijuana without changing the regulatory structure, “then this would only help the black market,” he said.

Among other problems, Yamane expressed concern that the unregulated black or gray markets may distribute cannabis that is contaminated or laced with other drugs.

“If that’s the case, then we need to be aware of that as a community, that there are going to be pluses and consequences with that, and is the community prepared for that?” he said. “We need to go in with our eyes wide open.”