‘Banks will not support it’: Buying Legal Cannabis in CT? Here’s how it will be handled 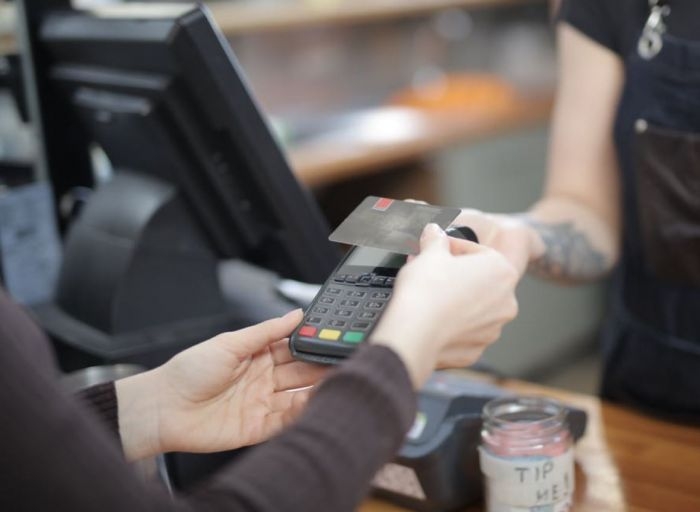 Travel to Massachusetts or over to New Jersey to buy cannabis. If you use a card, it’s likely the “budtender” will give you change in cash.

You hand them your Visa or Mastercard, and they hand you your legally purchased cannabis products and maybe a dollar or so in change.

“It’s handled as a cash transaction, because we’re basically money laundering,” Angela D’Amico said. “That’s what cannabis dispensaries are doing. Banks will not support it.”

Before she sold it — “Basically I got an offer I couldn’t refuse,” she said — D’Amico owned Compassionate Care Center, the first medical cannabis dispensary to open in Fairfield County, back in 2014.

Selling recreational-use cannabis is not illegal in Massachusetts and New Jersey, and will not be illegal in Connecticut when the state finally gives the nod to the first retail establishments, expected as early as December.

When retail recreational cannabis sales begin in Connecticut, it’s likely those dispensaries will handle transactions similarly, as medical dispensaries do in this state and others.

“There’s nothing in our regulations or policies and procedures that specifies how these businesses may conduct transactions, and we leave it up to them to determine what forms of payments to accept, but due to federal restrictions they may be limited in what forms of payment they can choose to accept,” said Kaitlyn Krasselt, spokesperson for the state Department of Consumer Protection. “Our medical businesses do allow for debit cards to be used similar to how they conduct transactions in Massachusetts.”

But neither cannabis consumption nor sales are legal where the federal government is concerned, and so banks are reluctant to manage the transactions. So retailers in states where cannabis products can be legally bought and sold limit those sales to cash transactions.

“It’s a choice by the credit card companies based on the fact that there’s no protection from them from being charged with facilitating money laundering,” he said. “Because it is still a federally illegal activity. So, if you’re washing the money or mixing it with ‘clean’ money, that’s money laundering, right?”

“It is a decision they’re making out of fear,” he said. “An ATM transaction between you and your bank is a way around that because it’s just facilitating you going to the ATM faster than giving them cash. It’s just the cash never leaves their drawer.”

When you buy cannabis products, you are in effect taking money out of an ATM, but the retailer is keeping the cash and giving you the cannabis in exchange.

In fact, David O’Brien, president of the Massachusetts Cannabis Business Association, said it was an all-cash business when dispensaries first opened up.

“One of the things that you’ll see a lot of is actual cash transactions at point of sale and then you’ll also see some debit cards,” he said. “But oftentimes, Massachusetts, for the first couple of years here, they had ATMs in the lobbies sort of near the register of every retailer so people could go get cash and then pay for their transaction.”

The legality of marijuana has been something of a football, federally. In 2013, then-United States Deputy Attorney General James M. Cole issued a memo saying the U.S. Department of Justice would not prosecute marijuana-related crimes.

More recently, Attorney General Merrick Garland told Congress at his confirmation that the DOJ under his leadership would not prosecute “those who are complying with the laws in states that have legalized and are effectively regulating marijuana.”

“That’s why you keep hearing about the Safe Banking Act, or safe banking legislation at the federal level,” O’Brien said. “The federal government hasn’t been able to get out of its own way on anything cannabis.”

No such legislation has yet been passed, though, and Ortiz said the legislation as it’s been proposed so far protects banks, not individual retailers. The current attorney general’s reversal doesn’t mean banks are comfortable with processing those transactions, or managing a dispensary’s money.

D’Amico said she was dropped by several big banks and had to resort to smaller processing companies to handle the transactions.

“It’s a gray area, there’s a lot of gray area,” she said. “But these processing companies, they’re not the big five banks.”

O’Brien said it’s “state-chartered banks and small regional banks that only the people that live in a certain part of Connecticut know. That’s the kind of banks that do it, and credit unions because they’re state-chartered.”

Then there are the fees. Because so few banks will work with dispensaries, those that do often charge fees for banking Ortiz described as “absurd.”

When D’Amico started, she was paying $4,000 a month to do business with her bank. Those costs have only increased.

“To have just a checking account relationship with these businesses, they can charge anywhere from five, 6,000 bucks a month, just for the fees,” O’Brien said.