More people are turning to Hemp products for Relaxation and Relief 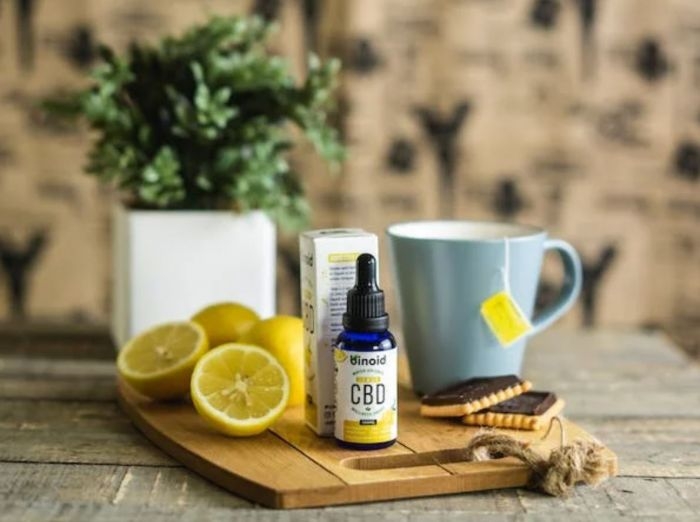 An explosion of CBD products seems to decorate the shelves of nearly every kind of business these days, offering products from CBD honey to CBD-infused yoga pants (yes, really). It’s more than obvious that CBD has become the latest health and wellness trend.

When the U.S. Congress passed the 2018 Farm Bill, it legalized industrial hemp, which helped launch the popularity of CBD, an abbreviation for cannabidiol. This compound, which is derived from industrial hemp, contains less than 0.3% THC, the psychoactive compound found in hemp’s cousin, marijuana. In South Carolina, marijuana remains an illegal drug, but chemicals like CBD from industrial hemp are legal.

While some of the CBD hype may be just a trend, other aspects of its use are promising, according to users, retailers and researchers. Clinical, peer-reviewed studies exhibit potential medical use for ailments including mental health issues, such as anxiety and depression. It also is believed to provide relief for chronic pain, cancer and some neurological disorders such as ADHDs.

“To see an elderly woman who walked into your shop and she couldn’t stand up, she couldn’t walk, her hands were permanently closed, and now she’s mobile and she’s standing up and smiling, walking around with her grandson,” said Travis Postell founder and president of Elevated Brands. “That’s just a feeling that, you know, you just can’t get in any other industry, so I’m extremely proud to be a part of it.”

For skeptics, this may all sound a bit too good to be true. But the wider acceptance and use of CBD is leading scientists and doctors to a greater understanding of how cannabis compounds (known as cannabinoids) react in the body. (See the “Cannabis 101” below for more in-depth info.)

“Our body was made to put cannabis in it. There’s science now that says that,” said Matt Skinner, owner of Charleston Hemp Collective. “It’s crazy … because it’s been here forever and we’ve made it seem like we should not touch it. But the science has definitely shown that just using a CBD product … will help your body regulate itself correctly.”

Though research in the U.S. is currently limited, more regulation and clinical studies could revolutionize the medical world if CBD becomes integrated into traditional health care, advocates say.

Postell said, “We still maintain a high number of clientele who come in to buy things for all of your pain-related symptoms,” including anxiety, insomnia, eating disorders and skin conditions.

Visit your local CBD store and employees will have plenty of other anecdotal examples to back the research.

Skinner and his wife Libiss opened their King Street store in 2019 after she found success using CBD to alleviate ulcerative colitis without the use of steroids recommended by a doctor. This inspired the couple to get more involved in the CBD industry and help educate people about its impact.

“[We’re] educating people on something I don’t really think any of our state legislators know — what hemp is or what CBD is … so I think it’s important to get residents in the know, so they’re not scared of it,” Matt Skinner said. “We want people to come in and just talk to us and let them get the hard questions out. We want them to feel like they’re in a safe space.”

Part of educating people on CBD involves breaking the stigma between legal CBD and its association with marijuana.

“[People] are going to have to be open minded,” said Chuck Floyd, owner of James Island’s Smoke ‘N Brew. “I think some people are just so closed-minded [and think of] Reefer Madness that they’ll never change their mind. But, you know, it’s a viable medicine.”

Personal experience is a major motivator for many CBD retailers. Postell and Chris Dix, his business partner and company vice president, opened I Heart CBD in 2018 as the first CBD retail store in South Carolina, according to Postell. Now they have six stores in the Lowcountry and four others throughout the state, and their products are USDA-certified organic. Both were driven to the business because of their own CBD use.

Postell said he started experiencing many nagging, painful injuries from 16 years of playing football. As he experimented with a CBD tincture product he was helping to develop while working in Northern California, he said his pain subsided and his range of mobility improved.

“It was something I had been dealing with for a long time,” Postell said. “This made me a believer.”

Dix said the use of a topical CBD cream relieved wrist pain from carpal tunnel syndrome. After feeling the results firsthand, the two brought their business to South Carolina, where Postell was born and raised. And the products that turned Postell and Dix’s attention to CBD in the first place are still the top-selling products in their stores today.

“The number one thing about CBD is it helps get rid of inflammation,” Postell said.

A Mount Pleasant resident who preferred to remain nameless said he used CBD products after two major surgeries: once following open-heart surgery and again while recovering from a shoulder replacement.

“I used [gummies] both times for my healing recuperation process. And both times they helped me with pain relief and also sleep,” he said.

“I would recommend it because I think what it does is it takes the place, not totally, but it relieves some of the medication that is prescribed to you that may have a bit more side effects than you’d want — like, for instance, Oxycontin and stuff like that,” he added.

The idea of CBD as a replacement for more mainstream prescription drugs is one of advocates’ most positive points. Postell and Dix described a number of regular customers who weaned themselves off of medications like Prozac and Adderall through a CBD regimen.

Even with CBD’s promising results, advocates say the biggest problem facing the industry today is a lack of quality control for the product.

Some products might contain less CBD than advertised. Others might not have any at all. Some fillers can make people sick; some are harmless. Consumers, they say, should have more information and transparency on what they’re buying.

“It’s not regulated well enough yet,” Skinner said, “so anybody can do whatever they want to do with it. I can’t wait till we regulate it better because there should be results or tests for every single thing you put into your body.”

Postell added, “The big problem in the industry right now is a lot of counterfeit products.”

He said I Heart CBD navigates this issue by running a vertically-integrated “seed-to-sale” business, meaning it controls every aspect of the process. Skinner’s business takes a similar approach, working closely with manufacturers and manufacturing many of their own products.

For newbies interested in trying CBD for the first time, the best way to educate yourself is to visit a CBD shop and talk with the employees.

“We manufacture all of our products, so that’s something we take a lot of pride in,” Skinner said. “Our manufacturing facilities are up in North Carolina and because we’re so hands on, we can really talk about the benefits of certain cannabinoids.”

Shops that specialize in CBD can provide vital information on product quality, suggested dosages and methods of consumption.

“Not all CBD is created equal,” said Postell. “Find a credible source, someone who is invested in the industry and knows what they’re talking about. Chances are if they don’t specialize in a product, they don’t know anything about it.”

Tips from local CBD retailers on how to identify quality products:

With the lack of regulation in South Carolina, being an informed consumer is important. Though these tips can signal that something might be wrong, they may not be foolproof ways to guarantee quality. Talking to a reputable company is the best way to get informed, said Postell.

What is CBD and how does it work?

Cannabis is a plant that is typically grown in two varieties — hemp and marijuana. Hemp is grown with very low levels of THC and marijuana is grown with high levels of THC that can get you stoned as a bat. Hemp is federally legal; marijuana is still considered a Schedule I substance by the federal government, though 37 states have legalized it medically and 19 states have legalized recreational use.

CBD is a non-psychoactive compound in hemp that is known to induce feelings of calm and relaxation. It is also effective at reducing inflammation. This cannabinoid is derived from the hemp plant, which includes little to no THC.

THC is a psychoactive compound known to create the feeling of being “high.” THC is found in marijuana and often used for recreational purposes.

Though CBD and THC may both come from varieties of the cannabis plant, they are very different compounds. One of the greatest misconceptions about CBD is that it is like marjiuana. CBD does not make users feel high. It is used most often as a calming agent or to aid with a health ailment.

Delta-8 is another cannabis-derived compound that is legal in South Carolina. Delta-8 is a type of low-level THC found in legal industrial hemp plants. But the THC traditionally found in marijuana plants is called Delta-9 THC. Hemp’s Delta-8 THC produces some of the same effects but is less intense.

Our bodies produce endocannabinoids, which are very similar compounds to those found in the cannabis plant, according to a Harvard study. CBD, THC and Delta-8 are three of more than 100 naturally occurring compounds in cannabis that trigger our bodies’ endocannabinoid system when ingested, according to the National Institutes of Health. Different compounds trigger different cannabinoid receptors, causing different effects. One of the endocannabinoids naturally produced by our bodies was first discovered in 1992 by Czech analytical chemist Lumír Hanuš and American pharmacologist William Devane.

With increased research, scientists are discovering how other hemp-derived compounds, like CBN, CBC and CBDa, interact with our cannabinoid receptors. The wide array of potential medical uses can be attributed to the variety of compounds in cannabis that react with receptors in our bodies that interact with different systems.

Understanding the plant and its many acronyms

Marijuana: a slang term for a variety of the cannabis plant cultivated with high levels of the compound THC.

Hemp: another variety of the cannabis plant grown with higher levels of CBD and less than 0.3% THC.

Cannabidiol (or CBD): the full name for the non-psychoactive compound CBD.

Tetrahydrocannabinol (or THC): a psychoactive compound found in cannabis that is mainly responsible for causing feelings of being “high.” This compound is also known as Delta-9 THC.

Delta-8 THC: a psychoactive compound found in the hemp plant that can create a similar feeling of “being high” though less intensely than Delta-9 THC.

CBD newbies may assume the only way to ingest CBD is through smoking, but that is far from the case these days. Here’s a rundown of the most common methods of CBD consumption:

Tincture: a liquid herbal extract created by binding CBD to alcohol. Tinctures use a dropper to administer doses. According to Charleston Hemp Collective: “Tinctures can take up to 45 minutes to get in your bloodstream. When taking a tincture, it’s most effective if you let it sit under your tongue for up to two minutes. Also, if you can avoid eating or drinking for 30 minutes, you will obtain more of the cannabinoid’s benefits.”

Flower: Hemp in its raw, plant form. The CBD and Delta-8 flower look similar to marijuana, but the buds come from the hemp plant. This product can be grinded and smoked.

Topical: a cream applied to the skin. This type of CBD product is often used for muscle pain, inflammation and skin conditions.

Vape: an electronic smoking device that vaporizes CBD or Delta-8 oil. This is one of the quickest delivery methods, said Matt Skinner.