Is this Cannabis Stock going up in Flames? 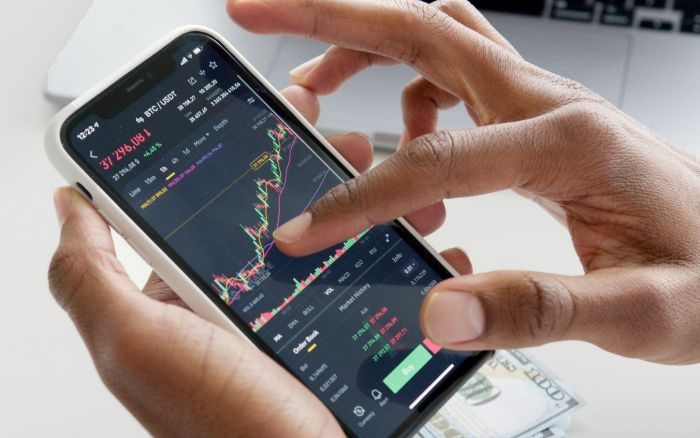 Innovative Industrial Properties (NYSE: IIPR) -- often referred to as IIP -- quickly became one of the hottest growth stocks in the cannabis industry.

The real estate investment trust (REIT), buys and leases industrial properties to licensed medical marijuana operators. At its peak in February 2021, it had grown 916% in five years.

But its stellar growth has come to a screeching halt. Concern over the legalization of cannabis, followed by a class action lawsuit, and now a default from its largest tenant have pushed shares down 64% from recent highs.

Investors rightfully are wondering if the stock is going up in flames, or if it's bound to recover. Here's what's going on, and where the stock could be headed in the future.

Innovative Industrial Properties directly serves the high-growth cannabis industry, purchasing existing industrial properties from licensed medical marijuana operators through sale leaseback agreements. This unique lease structure offers liquidity to companies in a rather illiquid industry. There are still several regulations in place limiting marijuana growers and distributors access to capital through traditional sources like banks). IIP can provide an injection of cash for these businesses in exchange for long-term leases.

Until 2021, business was booming. The company was seeing funds from operations (FFO), net operating income (NOI), and revenue grow by double and sometimes triple digits each year. Leasing momentum was strong and it was expanding its portfolio rapidly.

But 2022 is showing the business model's first sign of weakness. In mid-April 2022, a class action lawsuit was brought against IIP by the securities law firm Bronstein, Gewirtz & Grossman following a report filed by short-seller Blue Orca Capital. Both the report and the lawsuit asserted that IIP failed to disclose its financial standing with its tenants and misled investors from 2020 through early 2022.

Then, on July 13, IIP reported to the Securities Exchange Commission (SEC) that one of its largest tenants, Kings Garden, defaulted on its lease. The default is approximately $2.2 million in aggregate and accounts for roughly 8% of IIP's revenue. This default has caused a lot of investor concern.

What does this mean for IIP?

IIP has been 100% leased for years; this exceptional track record became the norm for the company. But it's hardly the norm for most commercial real estate: Vacancy rates for industrial real estate have ranged from 3% to 10% over the past 15 years. In other words, having properties sit vacant or tenants fail to pay rent is a part of doing business.

The default by King's Garden is less than ideal, and will definitely affect the company's business until the tenant is replaced by a new one, or King's Garden becomes current. However, it's not a nail to the coffin for IIP. The company's latest earnings report showed a 44% increase in revenue year over year, while its collections were at 99%.

The company has no debt maturities until 2026, with $45 million in cash and cash equivalents giving it a low debt-to-EBITDA (earnings before interest, taxes, amortization, and depreciation) ratio of under 2. This is an extremely low multiple, considering it is common to see REITs with significantly higher debt-to-EBITDA ratios.

Legal cost relating to the lawsuit will likely add financial strain to the company. Plus, this default is the first of what could be more for IIP, as the cannabis industry faces its first big headwinds. But I still think there's a lot of upside to IIP over the long term.

The company is in a strong financial position, even with the recent default, in a high-growth industry where its customers have little access to alternative financing solutions. Even if legalization happens on a federal level, I don't see companies like IIP becoming obsolete.

IIP's dividend yield is nearing 7% today, and its payout ratio is 82%. It's maintained 13 dividend raises in 5 years and consistently sees its revenue grow.

I personally own shares in IIP and don't plan on selling anytime soon. For risk-tolerant investors looking for a value buy that could pay off handsomely in the future, the stock looks like a worthy buy today. Risk-averse investors who are looking for more stability might want to wait until IIP's tenant challenges and lawsuit claims are settled. However, if those are resolved in the company's favor, you could be paying notably more for the stock in the future.

10 stocks we like better than Innovative Industrial Properties
When our award-winning analyst team has a stock tip, it can pay to listen. After all, the newsletter they have run for over a decade, Motley Fool Stock Advisor, has tripled the market.*

They just revealed what they believe are the ten best stocks for investors to buy right now... and Innovative Industrial Properties wasn't one of them! That's right -- they think these 10 stocks are even better buys.