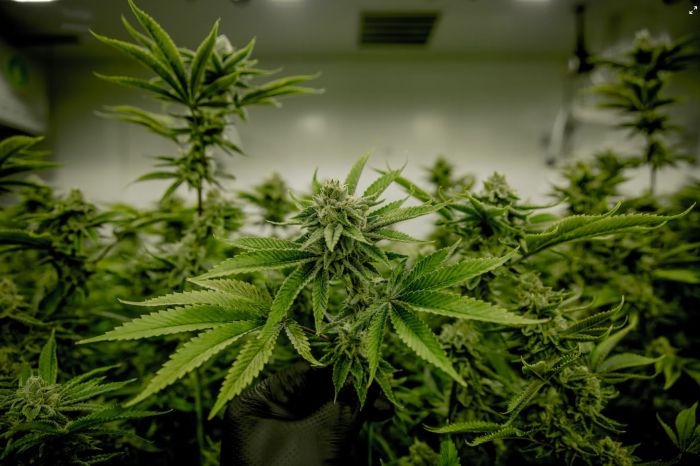 YOUNGSTOWN - The medical marijuana business in Ohio has been so good to Youngstown’s Riviera Creek that it’s doubling the size of its grow facility on Crescent Street near downtown.

The expansion includes a new dry room where an employee could be seen Tuesday propping up some buds from the latest marijuana harvest. But the expansion goes way beyond a new dry room. The millions of dollars being spent are simply keeping up with demand.

“So this is going to be one of those areas where we do the mother rooms and also those little clones,” said Brian.

By Jan., Riviera Creek will have expanded from four grow rooms to eight.

“And our stores can’t keep our product on the shelves so our job is to be in a position that people when they walk in, when patients want to go to the stores to find our product, it’ll be there,” said Brian.

“Marijuana with ice water and no other chemicals,” said Daniel.

Daniel showed the new processing facility. Until recently, Riviera Creek could only grow marijuana. It’s now been approved to process it, too. For example, tiny crystals of ice hash are turned into solid rosin. Both the ice hash and solid rosin are later bottled and sold.

“The entire process is controlled in-house. It doesn’t leave the facility, and the final product gets shipped directly to the dispensary,” said Daniel.

“Our first brand, which has been Stambaugh, has been the number one brand in the state,” said Brian.

In addition to its popular Stambaugh brand, Riviera Creek has introduced three other brands of medical marijuana — all with Youngstown-related names: Lost River, Wildcat, and Avanti. There’s also what’s called Moonrock which is a marijuana bud coated with crystals of ice hash.

“And it creates a whole unique product where you can take very small amounts but you get a full spectrum,” said Brian.

In three years Riviera Creek has grown to 60 employees and hopes to be at 100 soon.

“So Riviera’s been expanding to address the market demand and help people find different types of products that let them interact with the product differently than just one or two options,” said Brian.

There’s also an effort in Ohio to make recreational marijuana legal and officials with Riviera Creek are part of the effort to get the issue placed on the ballot and get it passed.