'I'm going back to Texas': Battle over marijuana spreads in Hunterdon County 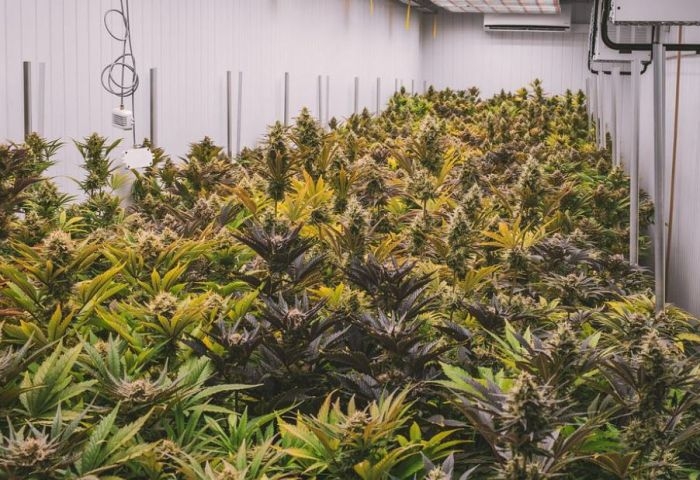 LEBANON TOWNSHIP – The opposition to marijuana cultivation facilities, which have roiled several Hunterdon County communities, has spread to Lebanon Township where the municipal Planning Board is scheduled to begin hearing a proposal for a facility Tuesday evening.

NAR received state approval for the facility in October 2021.

But the proposal has generated so much controversy throughout the rural community that Tuesday's meeting has been moved to the gymnasium of Woodglen Elementary School on Bunnvale Road.

At last week's township committee meeting, opponents of the plan said it was a threat to the township's quality of life, would generate additional commercial traffic on back roads, harm the environment and the aquifer and detract people from moving to the township.

"What do you think the value of a marijuana growing facility is to this community and the children?" Lebanon Township Board of Education Vice President Barton Lagomarsino asked the Township Committee, adding people may not want to raise their children in a town that permitted a marijuana cultivation facility.

Another resident questioned how she could tell her children that doing drugs is bad, while a marijuana facility can operate.

The 40-acre site had been operated more than a decade ago as a research and development facility for internal coatings of aerosol cans, according to a 2011 Environmental Protection Agency report.

Before that it was used by the Diamond East Corporation to manufacture cosmetics and personal protection devices containing tear gas, pepper spray and other specialty chemical products, for about three decades.

In 2011, the EPA report said, the site contained an old stone barn which housed the original cosmetics business, a large stone house used as a residence, two warehouses and various out-buildings used for storage, offices and vehicles.

A Facebook page, Save Lebanon Township, has been posted to rally opposition to the proposal, telling residents to attend township meetings because no decision has been made on the facility.

The West Amwell Planning Board in July approved a proposal by Green Medicine NJ and GMNJ Properties to convert the former First Pentecostal Prayer of Faith Church into a cultivation facility.

An odor-control system has been put in place in the Verano Holdings growing facility in a former Walmart on Route 22 in Readington after the state Department of Environmental Protection issued fines.

In January, Alexandria rejected a proposal for a medical marijuana cultivation facility on Airport Road.

At an informal February public hearing in Kingwood, not a single resident spoke in favor of a cultivation facility.

In 2020, Lebanon Township voters approved the statewide referendum on the legalization of marijuana by a 2,630-to-1,504 margin.