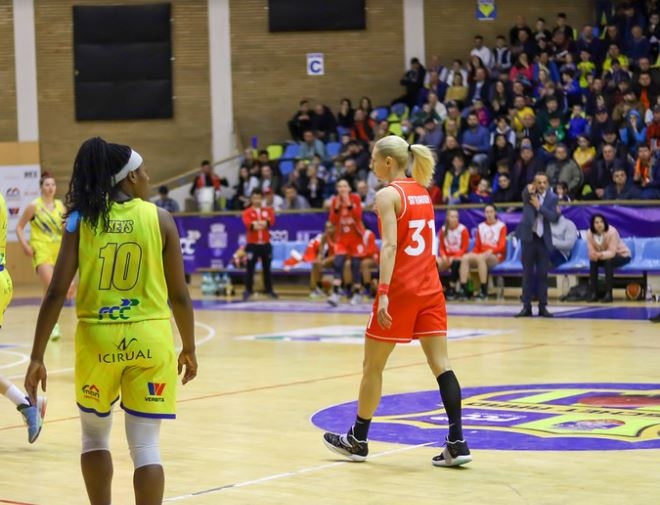 Aussie basketball legend Lauren Jackson just wanted to be able to go to the gym and pick up her kids again, but thanks to medicinal cannabis she's preparing to play in the World Cup an astonishing 25 years after making her debut.

At 41 years young, Jackson was lured out of international retirement in June ahead of the FIBA World Cup here in Australia, which begins on September 22.

It's a fairytale return for Australia's greatest ever female basketball player - but it would not have been possible without medicinal cannabis.

Jackson's doctor, James Stewart, told Daily Mail Australia he is in awe of what she had been able to achieve since using medicinal cannabis to deal with the chronic, debilitating pain she had suffered from since retiring.

'You can see she's (Jackson) so genuine that she never, ever would've thought of making a comeback,' he said.

'She never imagined she could get on the court again, let alone playing for Australia and playing how well she is. She's smashing it.

'Apart from from making the team, for her it was about being able to run around with her kids. Playing with them before [medicinal cannabis] was a struggle for her.'

Jackson, who was incredibly emotional when told by Opals coach Sandy Brondello that she made the team, said it never would have been possible without the help of Dr Stewart and treatment using extracts from the plant.

'Making an official return to the world stage in a sport that I love is just an incredible feeling,' said Jackson.

'I only made my return to the court just in April earlier this year and my treatment plan prior to playing again with medicinal cannabis plays a large part in my recovery from chronic pain.'

Incredibly, Jackson made her international debut 25 years ago, with her last appearance prior to her retirement coming in 2013. She last played in a FIBA World Cup in 2010.

The Aussie legend had no intentions of playing again competitively after having a partial replacement of her right knee and dealing with an ACL tear that was followed by a staph infection.

But a successful comeback playing NBL1 for her home town of Albury clearly reignited the passion within.

'I had finished playing basketball with painful ankles and was able to obtain a prescription through my doctor, which saw my ankles feel much better and allow me to gain more movement back to do more of the things I love,' said Jackson.

'It's been just incredible for my recovery.'

Dr Stewart is one of Australia's leading medical minds espousing the benefits of cannabinoids - but despite athletes like Jackson breaking down a bit of the stigma, he said it's still an uphill battle to convince some of it's incredible benefits.

'I think that the sports stars and what Lauren are doing is just great to reduce the stigma because it's not our parents fault that they have this view of cannabis,' he said.

'It's what was pushed on them through the war on drugs, through all the media campaigns. And they just think that it sends you mad.

'So we're out there trying to just destigmatize that, to say it's very safe and it should be considered like someone taking a Panadol,' said Dr Stewart.

The most widely studied and abundant cannabinoids are tetrahydrocannabinol (THC) and cannabidiol (CBD). THC is responsible for the psychoactive effects of cannabis and is the reason cannabis is used recreationally.

CBD on the other hand, is not psychoactive, and as Jackson and Dr Stewart have revealed, has huge benefits when it comes to dealing with chronic pain.

Dr Stewart revealed Jackson was a 'shell of her former self' when she retired because she was so ravaged by injuries after a long career.

'When she finished her career in the States she's happily said that she was on the biggest cocktail of medications. She said she was a shell of a woman,' he said.

'It was supposed to be the happiest time of her life, but she was a zombie.'

Dr Stewart explains that the comeback simply started with wanting to be able to go to the gym again.

'She was trying to get back into the gym just for personal basis, but she couldn't because her knee would keep blowing up and causing so much pain,' he said.

'Then we started on the [cannabis] trial and what she found was her knee didn't blow up and didn't give her pain.

'Then it just progressed well enough to train a couple of times a day. And then that's what allowed her to get back onto the court.'

Unfortunately, cannabis is on the World Anti Doping Agency's prohibited list - meaning Jackson was required to stop taking the medication once she started to play again.

She is currently awaiting the outcome of a therapeutic use exemption (TUE), which would allow her to again use the plant to help ease her chronic pain and improve her recovery.

Dr Stewart has been working on the exemption request since March, and admitted he is frustrated at the conservative nature of the WADA board, who he believes aren't open to new life-changing treatments.

'I was at war with them [WADA] .. What am I supposed to prescribe to get approved? They're not going to get addicted and it's not going to screw them up.

'It's not quite right. It's really frustrating ... but I know once they do a few [TUEs] , then the floodgates open,' Dr Stewart said.

Dr Stewart is one of the medical advisors at the company, with legendary AFL coaches Damien Hardwick and Alastair Clarkson also fierce advocates for medicinal cannabis alongside Jackson on the board.

NRL legend Andrew Johns and champion jockey Damien Oliver round out the all-star team of athletes who have had their lives changed by the treatment.

The first Australian player ever to be inducted into the Naismith Memorial Basketball Hall of Fame, Jackson, who played 220 games for the Opals, is regarded as one of the world's best female basketballers of all time.

She is four-time WNBA MVP; and won titles in the US, Australia, Spain and Russia, as well as three Olympic silver medals and one bronze.

Australia's only World Title came in 2006 - a tournament Jackson captained in, and she will be looking to add to the burgeoning medal collection in September.

It's not just any old comeback, either - Jackson is THRIVING.

On the weekend, Jackson was playing for Albury in the NBL1, and casually dropped 40 points to go with a remarkable 25 rebounds.

No doubt the entire country will be hoping she can repeat those heroics for the Opals, and nab a gold medal.

The Opals, who are ranked number three in the world, are aiming to add to their past stellar World Cup performances, having won silver in 2018 and bronze in 2014.

They've drawn Group C, with pool matches against France, Serbia, Japan, Mali and Canada, with the tournament to begin in Sydney on September 22.