Why Tobacco Prices are rising in the U.S. while those for weed are dropping — and what that Means for Consumers 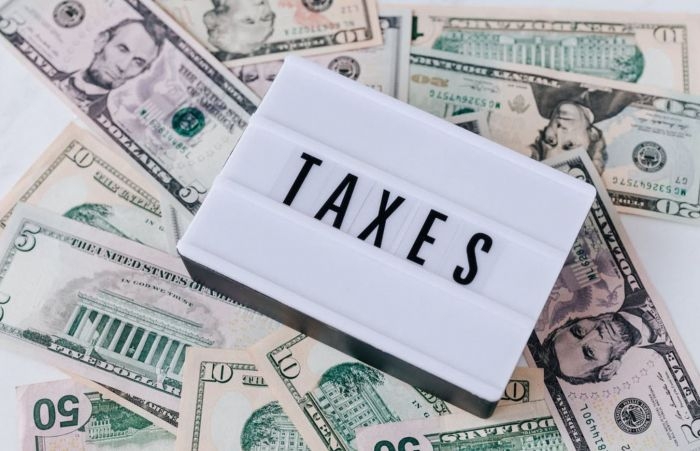 Tax collected from cannabis is oftentimes used for programs that tend to benefit the U.S. state in which the weed is purchased.

People who are frequent cannabis purchasers in the U.S. have likely noticed that some of their favourite cannabis products have stayed the same price, or even gone down over the last year.

An initial reaction is likely not to ask too many questions, but, instead, to buy as much as possible and leave both with cannabis and a bag full of savings.

Cannabis prices have, indeed, decreased or at least stayed stable recently. So, why is such a highly taxed product like marijuana not going up in price while the tab for tobacco, another taxed and regulated substance, continues to climb?

In better understand why tobacco prices steadily increase while marijuana prices fluctuate, it is important to understand the differences between why and how these two products are taxed.

According to the Centers for Disease Control and Prevention, cigarette smoking cost the U.S. more than US$600 billion in 2018 alone. The money to cover these costs needs to come from somewhere.

The other reason that tobacco taxes steadily increase is that the rising price is linked to smoking cessation (especially among young people). “Tax increases are the most reliable policy tool to encourage smokers to quit, discourage young people from trying cigarettes, and generate revenue to offset the public health costs of tobacco use,” per Tobacconomics, an economic research group on tobacco control policy.

Cannabis, for its part, is also taxed heavily, but in a different manner than tobacco and with different goals. For one, marijuana is not taxed on a federal level, as it is federally illegal. Instead, weed is taxed on state and local levels.

Since marijuana is not reported to be linked to terminal disease, as is the case for tobacco products, the tax collected from cannabis is used for programs that often tend to benefit the state in which the weed is purchased.

Most U.S. states use the collected tax revenue to support educational and treatment programs, law enforcement and even the state’s general fund.

Colorado, for example, uses 71.85 per cent of the tax revenue collected for “health care, health education, substance abuse prevention and treatment programs and law enforcement,” per the Colorado General Assembly. More than 15 per cent of the revenue goes to the state’s general fund.

This demonstrates that while both cannabis and tobacco are taxed highly, tax for the latter is aimed at stopping people from purchasing the product and decreasing federal costs of healthcare issues caused by smoking.

Marijuana tax is used more to benefit the state in which it is purchased, meaning there is likely no desire to reduce cannabis sales in U.S. states where it is legal. As such, keeping the product affordable makes sense since overtaxing could lead to fewer sales and, in turn, potentially hurt the state’s economy.

Another reason that cannabis and tobacco prices are going in opposite directions has to do with how established (or unestablished) these two markets are.

Tobacco and its leading companies have established their markets, brands and customers. This means while they can spend money on advertising and promotional offers to entice customers, the price is fairly established.

On the other hand, cannabis is a relatively new market, especially the legal market, so new in fact that major players are only just beginning to rise, and sometimes fall, as the industry grows.

While this is an exciting time for the industry and those who support it, it is also an economically volatile time for those who are invested in it. There is a lot of competition in many U.S. states and the bud boom has prompted a rush of entrepreneurs to enter the growing market.

This growth, however, has led to some over-saturation in some places, and also an over-abundance of product.

“In some states, there’s simply too much product, leading to plunging prices. In California, for example, wholesale cannabis prices plummeted by about 50 per cent last year,” according to Politico, which mentioned that Colorado, Washington and Oregon all saw significant declines as well. This is a major reason a consumer has likely noticed lower prices lately.

This advertisement has not loaded yet, but your article continues below.

Cannabis seems to be slowly growing in acceptance among lawmakers and the general population, which, in turn, could lead to it becoming more accessible and affordable for years to come.

Since it is a new market, prices are bound to fluctuate. That said, when prices eventually settle, the odds are they will not break one’s bank account.

The political and public acceptance of tobacco appears to continue to decline. As more people want to see an end to nicotine addiction and the preventable deaths associated with its use, there will likely only be further taxation and higher prices in the future.