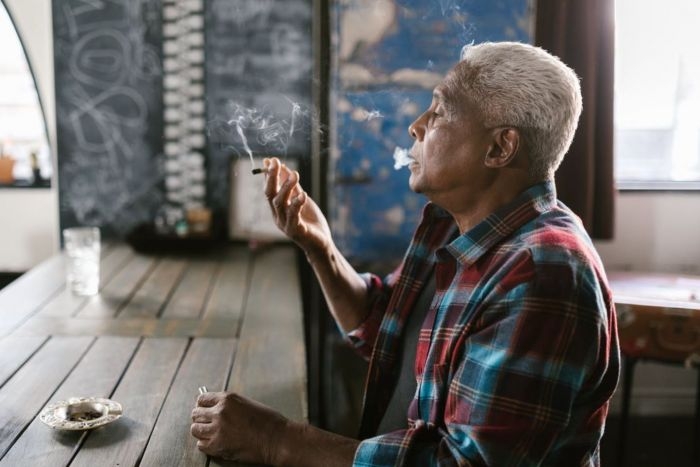 FLORIDA - Nearly six years ago, the Florida Legislature set aside a medical marijuana license for a Black farmer like John Allen to join the burgeoning industry.

But the license still has not been issued by the Florida Department of Health, which regulates the industry.

aim of the Legislature in 2016. In the intervening years, the licenses have generated enormous revenues from some of the license holders — frustrating the Black farmers who wonder how they can catch up.

‘The license should have been released going on five, now six years ago, where a lot of the white farmers are now $150 million to $175 million ahead of the game versus the Black farmers that have to start over at zero and are behind the ball again and the medical marijuana industry,” said Raymond Warthen, co-founder and president of Orlando-based Zion Infinite Farms, which has applied for a license. “It’s unfortunate.”

Florida Black farmers like Allen have struggled to participate in the medical marijuana industry because of laws they say are too narrowly focused for them to get into the business, with the seed-to-sale vertically integrated business requirement as one of the big ones.

Cited by TheCounter.org, a nonprofit independent news organization covering issues from farming to food, Roz McCarthy, director of Minorities for Medical Marijuana in Orlando, said the full-service requirement can be a financial hurdle.

“That $146,000 tag (application fee) is also just a fraction of the total costs,” she said. “Attorney fees, hiring technical writers and consultants, along with sourcing real estate for cultivation, processing, and dispensing locations, could run applicants at least half a million dollars.”

And while many have pointed to the current process to obtain a treatment center license as unfair and discriminatory, the health department has since opened up another window for applications. The application window in March was only open to Pigford-Black farmer litigants.

But Black farmers in Florida who were part of the Pigford vs. Glickford (USDA) class action lawsuit are either too old and frail to farm, lack financial resources despite the lawsuit settlement or have died before the license could be issued.

Once awarded, the licensee would have to compete against multi-state giants such as Trulieve Cannabis Corp., which operates in 11 U.S. states and has a market capitalization of $2.31 billion, a Yahoo Finance report said.

Allen, president of FTG Development Inc. in Cape Coral, is now one of 12 applicants for the Black farmer license who hope to hear from the state agency in the coming weeks.

The Pigford vs. Glickman/USDA case

Discrimination against Black farmers in America is not new.

“Forty acres and a mule. As the Civil War drew to a close, the United States government created the Freedmen’s Bureau to provide assistance to former slaves,” wrote U.S. District Judge Paul L. Friedman in his 1999 opinion for the landmark Pigford vs. Glickman/USDA case.

“The government promised to sell or lease to farmers parcels of unoccupied land and land that had been confiscated by the Union during the war, and it promised the loan of a federal government mule to plow that land,” Friedman said.

Some Blacks took advantage of these programs and bought or leased farmland. During Reconstruction, however, President Andrew Johnson vetoed a bill to enlarge the powers and activities of the Freedmen’s Bureau, and he reversed many of its policies.

Much of the promised land that had been leased to Black farmers was taken away and returned to Confederate loyalists, Friedman said. “For most African-Americans, the promise of 40 acres and a mule was never kept.”

Despite the government’s failure to live up to its promise, African-American farmers persevered. By 1910, they had acquired approximately 16 million acres of farmland. By 1920, there were 925,000 Black-operated farms in the United States.

Today, fewer than 50,000 Black farmers are left nationwide. The Federation of Southern Cooperatives puts the figures much lower, but for the same time period, Black-owned farms disappeared at three times faster than white-owned farms.

When the Pigford case was settled and a consent decree issued in 1999, the case would become the largest settlement in U.S. history with $2.3 billion to be paid to Black farmers “who claimed that they were discriminated against by USDA officials as they `farmed or attempted to farm’ and applied for farm loans or other USDA benefits.”

The suit claimed that the USDA had discriminated against Black farmers and failed to investigate or respond to complaints from 1983 to 1997. Among the complaints were lost farm loan applications to buy seeds or prohibiting Blacks access to loans at all.

Allen is a Black farmer litigant through an inheritance after his family’s farm in Alabama was part of the class-action settlements under the Pigford lawsuit.

According to the health department website on June 9, “Applications for the Pigford/Black Famers Litigation MMTC license are currently under review.”

Allen is a 51% owner of the FTG farm, which was a requirement in the original law restricting the applications for the Black farmer medical marijuana license. FTG has been registered with the state of Florida for more than 38 years, which also met the initial 30-years-in-business requirement defined by the Department of Health in the original legislation setting aside a license for a Black farmer.

Disappointed with Florida’s process, Allen filed two lawsuits against the Department of Health in 2019 in hopes that his organization, FTG Development Inc., would be considered for a license and there still had not been a Black farmer license issued.

In the first case, the judge ruled in favor of the Department of Health, stating there was not an “open” application window in October 2018 so the “Deemer provision,” which requires state agencies to respond within 90 days or issue the license, did not apply for FTG.

FTG would have preferred to file an application and not gain the license through a lawsuit, but the state was issuing licenses through lawsuit settlements. Most of the lawsuits were filed by applicants who were not awarded a license in 2015.

I said to my guys, hey we’re standing in the wrong line,” Allen said after seeing nine licenses issued following settlements with 2015 applicants.

In the second lawsuit, FTG sought to force the state agency to make a license available to the company if they were successful in their initial lawsuit but they lost the case.

Potential marijuana treatment centers also must pay a $146,000 application fee. That fee started at $60,000 initially and was recently raised.

The jump in price was criticized as the money was non-refundable. As of July 1, applicants will no longer lose their fee and can roll over their application fees to enter the application pool at a later date.

Medical marijuana license applicants originally had to have these and several other requirements including a $5 million performance bond, which Allen already met.

And while the full-service requirement has remained the law in Florida, it has not been without critics.

Due to restrictions in the laws, only seven organizations that had spent $667,000 on campaign contributions and nearly $1.5 million on lobbyists had licenses by 2017, according to a report by the Government Accountability Institute, a Tallahassee-based conservative think tank.

“Critics of the system labeled them cartels,” said the institute in the February 2021 report entitled “Cannabis Cronyism.”

In that report, Florida Republican Sen. Jeff Brandes of St. Petersburg is quoted saying, “The laws on the books today promote a state-sanctioned cartel system that limits competition, inhibits access, and results in higher prices for patients.”

The report produced by Jedd McFatter, research director for GAI, continued in a similar vein: “However, more restrictions meant less competition and more opportunities for investment and millions in profits for the lucky few.”

According to Nikki Fried, who was a medical marijuana lobbyist prior to taking office as Florida’s agriculture secretary and is a candidate in the Democratic gubernatorial primary, said the process to award a Black farmer license has taken too long.

“The way that the state of Florida has handled the medical marijuana licensure process for Black farmers is completely unacceptable and discriminatory on its face,” she said in October. “We should be leveling the playing field for Black farmers who have faced discrimination and other structural obstacles in the farming industry, not doubling their fees and creating additional regulatory burdens for them.”

Fried said in a recent press release the state needs to investigate “this blatantly discriminatory rule _ but in the meantime, they should waive the application fees and accelerate the process immediately.”

She also called for a state investigation into the rule announced by the Florida Department of Health that increased financial and regulatory hurdles for Black farmers saying they were “potentially discriminatory” by design.

Florida Democratic Sen. Darryl Rouson of St. Petersburg, who voted in favor of the legislation providing a medical marijuana license for a Black farmer, said he wants answers for the delays and a firm date for the announcement of the Pigford license. Specifically, he said, answers from the state agency on the issuance date for one of those applications. He said he plans to reach out to Cassandra Pasley, chief of staff at the Florida Department of Health, for those answers.

“I am expecting to get the final analysis on where they are, what they are doing in addition to talking about speeding this process up,” Rouson said. “I was getting a little frustrated with the lack of announcements and what appeared to be inaction.”

The Department of Health says the licensing timeline is in phase two of a three-phase process.

Rouson, meanwhile, is not satisfied with the process.

“Much of this delay has been because of litigation,” said Rouson, who is also vice-chair of the Florida Legislative Black Caucus.

Rouson also said application fees have nearly tripled since the law took effect and he requested the fees be rolled over into a future application, a measure approved and signed by Gov. Ron DeSantis.

“There really should be more licenses for Black farmers,” Rouson said.

Warthen, of Zion Infinite Farms, bought land near Groveland hoping to qualify for a treatment center license, but so far hasn’t.

Warthen blamed the legislation for being too narrowly focused by limiting licenses to Pigford case farmers, who now range in age from 80 to 90 years old. He wants the Black farmer license for both — for those who are a part of the Pigford case and those who are not.

“It’s unfortunate and discriminatory — that those families that can apply and potentially get it have to be a part of a case dating back to the 1980s,” Warthen said. “Most of those people won’t be growing medical marijuana themselves so there should be an exception made for current Black farmers who are not a part of the Pigford case and have the same opportunity all the other white farmers have had.”

“I know applying as a Black farmer myself, we should have the same opportunity as the previous organizations have had,” Warthen added.

Until the Black farmer license for medical marijuana is issued, Allen remains positive about his chances of landing one.

“I feel pretty good about our chances,” he said comparing his enterprise to others applicants. “We have more qualifications that they don’t have.”