Connecticut Legislates Equity, but not a share of the Profits for Marijuana 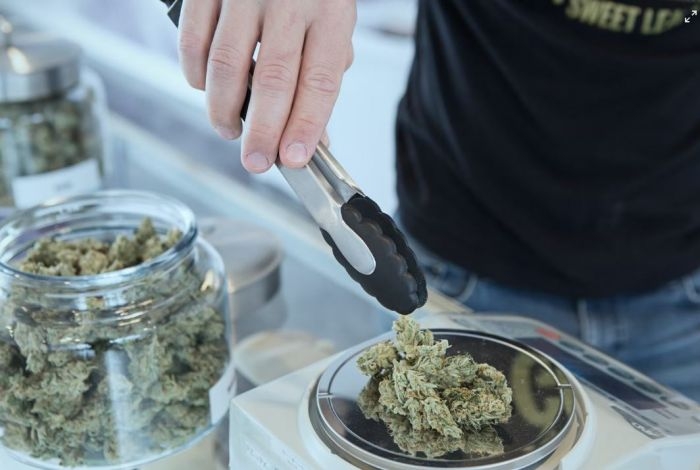 In an effort to open the newly legal marijuana market to those most harmed during the years it was criminalized, Connecticut lawmakers set strict standards for who may own the emerging businesses.

But they didn’t legislate anything about profits.

Last month the state’s Social Equity Council approved the applications of 16 marijuana growers and disqualified 25. Several were disqualified for failing to satisfy a provision that says a business may have financial backers only if 65 percent of it is owned by a so-called social equity partner – someone who lives in a community with a historically disproportionate number of convictions for drug crimes.

But owning and profiting are two different things, and the law does not stipulate how a small entrepreneur and a big backer must split what they earn.

A spokesman for Gov. Ned Lamont confirmed that the law is silent on profit-sharing agreements.

The council “does not have any rules in place that address profit sharing,” Diamond said in an email.

That makes sense, said DeVaughn Ward, senior legislative counsel for the Marijuana Policy Project, a national nonprofit group based in Washington, D.C., that was founded in 1995 to lobby for reduced penalties on marijuana cultivation, sales and use.

“It was not spelled out in the statute so that equity applicants have the opportunity to find partners,” said Ward, a Connecticut resident who has been working on legalizing marijuana in the state.

“The legislature designed the law to give flexibility to financiers and partners in ways that advocate for both,” Ward said. “The state could have allowed bonding to get these businesses started, or it could have funded them in some way, but the state chose not to do that. Instead, the state decided to begin partnerships and incentivize backers to invest in these businesses.”

The law shakes out as a bit of a social experiment, Ward said.

“Forcing folks with financial means to work with social equity partners is a novel idea,” he said. “A radical idea to some extent. No state has done it this way before.”

The upshot is that social equity entrepreneurs and financial backers must structure their own profit-sharing deals, Ward said. If the law had set profit-sharing rules, ventures likely would not get off the ground, he said.

“The state is saying to these financial backers, ‘OK, go out and fund a $10 million or $20 million operation, but you can have only a 35 percent share of the company,’” Ward said. “If the state had then said, ‘Oh, and your profits will be limited,’ that would be a really hard sell.”

Still, eyebrows were raised when the Social Equity Council announced its approval of 16 marijuana cultivator applicants on July 12.

The applications were from cultivators who intend to plant more than 15,000 square feet. Applicants are undergoing background checks now, and those that are accepted must pay a $3 million fee for a provisional license.

One of the applicants under consideration is Shangri-La CT Inc., which according to the state business registry lists one principal with a Hartford address and another who is an executive with Shangri-La Dispensary, a Missouri business.

Other applications include wealthy backers such as Art Linares, a former Republican state senator and husband of Stamford Mayor Caroline Simmons, a former Democratic state representative.

It’s a risky business, according to a June story in U.S. News & World Report.

Corporations are gaining interest in the marijuana industry, according to the story, but profit opportunities are “murky,” mostly because the federal government has not legalized marijuana.

Thirty-eight states have legalized marijuana for medical use, and 19 states for recreational use, according to the June story. And while the U.S. House of Representatives passed a federal legalization measure in April, but so far the U.S. Senate has not budged.

There are other obstacles, according to U.S. News & World Report – legal marijuana companies face competition from “illicit vendors,” and, because of all the uncertainty in the industry, banks are hesitant to loan money and insurers are reluctant to cover businesses.

Still, investors are lured by the possibilities. Legal marijuana sales are expected to grow more than 16 percent a year and reach $51 billion in 2025, Bankrate reported in May, citing increasing use of products made with cannabidiol, or CBD.

Ultimately, Ward said, “folks who have money are going to find ways to gain access,” but Connecticut is balancing that with plans to divert tax revenue from marijuana businesses to communities most affected by aggressive drug enforcement, and by clearing the records of people convicted of certain marijuana crimes.

Ward said he has encouraged social equity entrepreneurs to pursue licenses for marijuana businesses other than cultivation. The state offers retailer, manufacturer, packager, delivery and other types of licenses.

“A cultivator’s license is the crown jewel – it’s a highly regulated specialty business that requires a ton of equipment and expertise,” Ward said. “Folks on the social equity end shouldn’t be making huge, risky investments. I was trying to drive them toward delivery and retail licenses, which require a lower capital investment initially. It’s an easier way to get into the industry.”

In Connecticut and other states with social equity programs, some investors search out community partners who meet the residency and income requirements.

A few of the companies approved so far, for example, list one principal with a Connecticut address and another principal with residential and business addresses in New York or Massachusetts or Pennsylvania, state business records show.