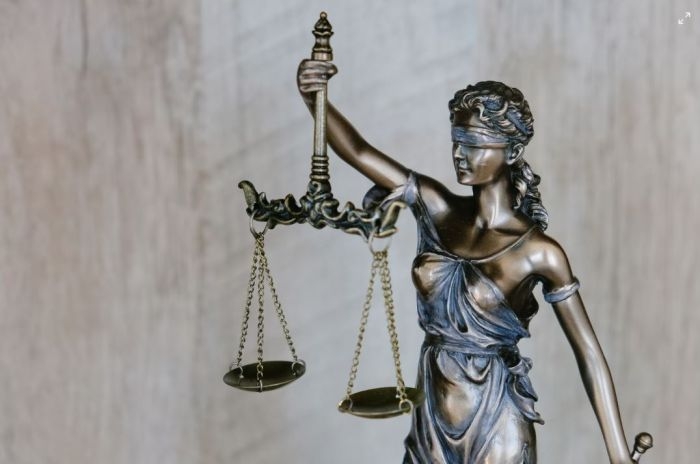 CATOOSA COUNTY, Ga. — A new lawsuit in Georgia seeks a court order declaring that a chemical related to the main intoxicating ingredient in pot is legal under state law.

Owners of two shops in northwest Georgia are hoping to get a court to order a local sheriff and a drug task force to let them sell chemicals containing hemp that are now considered legal by the federal government.

The shops issued a motion requesting an emergency injunction and temporary restraining order, which would prevent Catoosa County Sheriff Gary Sisk and the Lookout Mountain Judicial Circuit Drug Task Force "from conducting any arrests or civil asset seizures against individuals or businesses based on the sale or possession of products containing hemp extracts," which includes Delta products.

Owners of The Shoppe in Fort Oglethorpe in Catoosa County, and the Shop by Stevie and the Moon in Dade County say Sheriff Sisk and the Lookout Mountain Judicial District Drug Task Force were wrong to warn them and other businesses last year that they would be arrested if they continued to sell products with chemicals known as Delta-8 and Delta-9.

This came just before shop owners in Dade and Walker County were all served papers by the Lookout Mountain Drug Task Force, ordering them to pull thousands of dollars worth of Delta-8 and Delta-10 products off of their shelves.

At the time, Sheriff Sisk told us sheriff's office employees had recently tested products sold at Catoosa smoke shops, and found they contain an illegal amount of Delta-9-THC, the psychoactive agent in cannabis products that produces a high.

The federally defined THC level for hemp is defined as a Delta-9-THC concentration of not more than 0.3% on a dry weight basis.

That forced shop owners like 'the Shoppe' owner Joe King to remove the products from their shelves, costing them more than $11,000 in lost revenue.

“It's a hassle and it's obnoxious, and we just want to do business," King says.

King showed us testing they had done by ACS Laboratory, which doesn’t show any detection of THC.

But, he says he didn’t get the document in time to show it in their court hearing on Friday. “When they did both the tests on the products that they purchased from me, both times it came back hot, but my lab reports from a DEA accredited lab say otherwise," King says.

A summary of Friday's hearing from King’s attorney says Sheriff Sisk called several witnesses including Dylan Wilks, who is the Chief Technology Officer of Orange Photonics, the company who made the device Sisk used to test the delta products.

The attorney says Wilks testified that the mode Sisk used when testing the delta products “only indicates whether a sample is THC dominant based on the ratio of THC to CBD”, and the attorney says Wilks admitted the device would give a positive result for THC even if it was hemp-compliant.

King says since March, his shop has stopped selling their delta products, which he says affected about 40% of their sales.

In an order that King sent us from the judge, the judge says there's no evidence to prove this, other than one of the suppliers claiming The Shoppe no longer purchased from them.

“It takes a mental toll mental toll on you -- not knowing, always having to look over your shoulder, look behind your back," King says. "Are they going to come in here and find some reason to arrest me today?”

Delta-8 has become extremely popular across the country, and the cannabis industry and state governments have grappled with its rise. The lawsuit says in 2019 as part of an agriculture bill passed by Congress changed the definition of products containing hemp, which is the plant that marijuana is derived from.

The order from the judge also says:

It is very clear to the Court that there is a difference of interpretation on what is and is not prohibited or excluded under Georgia law. Whether under any circumstances Delta 8 is a controlled substance. The Court feels that the Georgia legislatures would have explicitly limited certain hemp products with Delta 8 if they wanted it to be unlawful, which they did not.

The judge states that the biggest issue with the Court relates to balancing between the health benefits and adverse effects of delta products, which the judge says neither the Sheriff nor The Shoppe owner did an adequate job of demonstrating.

The lawsuit and a subsequent injunction requests asks that authorities cease the crackdown on such products immediately, and acknowledge what the federal government currently recognizes as legal.

We asked Sheriff Sisk for a statement, and a spokesperson tells us Sisk doesn't want to comment on pending litigation, but he expects there to be a resolution soon.