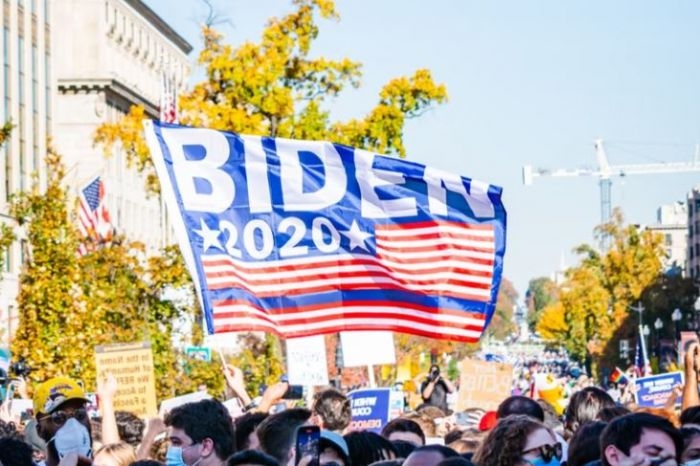 Senate Democrats and other advocates for marijuana legalization may not have an ally in the White House despite the popularity of the cause among progressives.

President Joe Biden is a long-standing opponent of marijuana use and of policies that would decriminalize the drug, a stance that has only softened somewhat in recent years.

A group of six Democratic senators sent a letter to Biden on July 6 expressing frustration with his administration for refusing to remove cannabis from the list of Schedule I controlled substances and for failing to issue pardons to all individuals convicted of nonviolent cannabis-related offenses, the latter of which was a 2020 campaign promise.

"There is widespread public support for cannabis legalization, with around two-thirds of the public supporting the legalization of cannabis," the letter reads before mentioning that 19 states and Washington, D.C., have legalized the drug for recreational use. "In communities where cannabis has been legalized, there have been widespread economic, racial-justice, public safety, and health benefits."

The senators wrote the Department of Justice on Oct. 6 and didn't hear back until April 13, which was a half-page response the group described as "extraordinarily disappointing."

Biden was similarly silent when Senate Democrats released a marijuana legalization bill earlier this week. The president has not commented publicly about the bill, and the White House did not respond to a request for comment from the Washington Examiner.

At 79, Biden has a history of being tough on drugs going back decades. As a senator, he helped pass the 1994 crime bill that included mandatory minimum sentences for marijuana possession.

He moved enough on the issue by 2020 to make a campaign promise to "end, once and for all, the federal crack and powder cocaine disparity, decriminalize the use of cannabis and automatically expunge all prior cannabis use convictions, and end all incarceration for drug use alone." Biden did grant clemency to a number of people serving sentences for marijuana use and distribution this spring but has not sought to decriminalize or widely expunge criminal records since taking office in January 2021.

"I don't think there should — I don’t think anyone should be in prison for the use of marijuana," he said July 17. "We’re working on the crime bill now."

Some of Biden's recent actions suggest he still strongly opposes the use of marijuana, particularly for recreational purposes. Reports surfaced in March 2021 that he had fired five White House staffers over their marijuana use, which was later confirmed by press secretary Jen Psaki.

Nineteen states already allow anyone over 21 years old to purchase and use marijuana, and 37 states have programs that allow for the use of medical marijuana. Nearly 60% of voters say they support marijuana legalization, with 42% noting they believe those with previous criminal convictions for possessing the drug should be pardoned, according to a recent Economist-YouGov poll. The substance remains illegal under federal law.

A Gallup poll from late 2020 found that 83% of Democrats support widespread marijuana legalization, suggesting that Biden is an outlier on the issue within his own party. Just under half of Republicans supported legalizing the drug.

Vice President Kamala Harris, who introduced the Marijuana Opportunity Reinvestment and Expungement Act of 2019 while serving as a senator, has been mostly silent on the issue since joining the Biden ticket. She also has not commented publicly on the Senate legalization bill.

Biden has not made statements since taking office that suggest he disfavors loosening marijuana laws, but the administration's relative silence on the issue may suggest at the very least that it is not a priority for him.

"He continues to evaluate further uses of clemency powers," White House press secretary Karine Jean-Pierre said July 29. "We just don't have any additional announcement to make at this time."