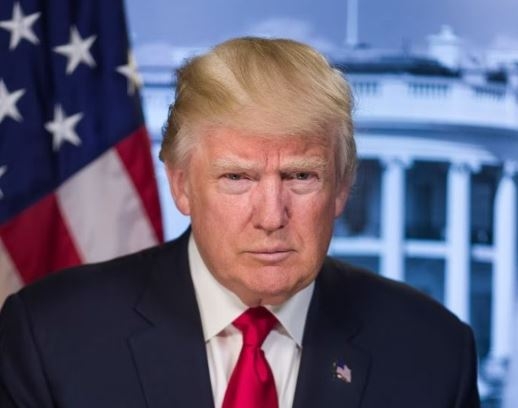 Former President Donald Trump called for quick trials and executions of drug traffickers during a Washington, D.C. speech to a conservative political group.

Former President Donald Trump on Tuesday gave a clue to his vision for a potential return to the Oval Office, saying in a Washington, D.C. speech that the nation needs to get tough on crime and sentence drug dealers to the death penalty. Speaking before the conservative nonprofit the America First Policy Institute, Trump said that drug traffickers should face execution after a “very quick trial.”

“The penalties should be very, very severe,” Trump said during his speech on Tuesday, as quoted by The Hill.

“If you look at countries throughout the world, the ones that don’t have a drug problem are ones that institute a very quick trial death penalty sentence for drug dealers.”

Trump added that the United States would not face the problems associated with illicit drugs if authorities were tougher on crime. He praised other countries that have quick trials for suspected drug dealers.

“It’s terrible to say, but you take a look at every country in this world that doesn’t have a problem with drugs, they have a very strong death penalty for people that sell drugs,” he said.

“It sounds horrible, doesn’t it? But you know what? That’s the ones that don’t have any problem. It doesn’t take 15 years in court. It goes quickly, and you absolutely — you execute a drug dealer, and you’ll save 500 lives,” the former president continued.

At one point in his address, Trump applauded the way Chinese President Xi Jinping handled drug traffickers, recalling a time when Xi told him about “quick trials” for drug criminals in China that he estimated sentenced people in “two hours.”

Trump’s appearance at the America First Policy Institute’s two-day summit marked the first time the former president has spoken publicly in Washington, D.C. since he left office in January 2021. His remarks on harsh punishment for drug dealers came in a speech calling for the nation to get tough on crime and support law enforcement agencies and their officers.

Trump said that the country is becoming unsafe for its citizens, highlighting instances of attacks on everyday Americans in cities including Washington, D.C. and Philadelphia that have been extensively reported by conservative media.

“The dangerously deranged roam our streets with impunity. We are living in such a different country for one primary reason: There is no longer respect for the law and there certainly is no order. Our country is now a cesspool of crime,” said Trump, only 18 months after leaving office at the end of his first term.

Trump advocated for what would be a huge increase in police officers across the country, saying that there should be a police car on every corner. He called for a “no-holds-barred national campaign to dismantle gangs and organized street crime in America.” The former president also called for efforts to defeat violence “and be tough and be nasty and be mean if we have to.”

“We’re living in such a different country for one primary reason: There is no longer respect for the law, and there certainly is no order. Our country is now a cesspool of crime,” Trump said.

“We are a failing nation,” he added, only 18 months after leaving office.

Trump also said that encampments of unsheltered people in cities should be relocated to “large parcels of inexpensive land at the outer reaches of the city.” The former president added that such camps should also have tents staffed with healthcare professionals including medical doctors and psychologists.

To fight back against crime, Trump argued that the president should ignore state authority by deploying the National Guard and “go beyond the governor,” completely ignoring the Republican Party’s often repeated support for states’ rights.

“When governors refuse to protect their people, we need to bring in what is necessary anyway,” Trump said, adding that “the next president needs to send the National Guard to the most dangerous neighborhoods in Chicago until safety can be restored.”

Trump has a history of supporting draconian tactics to deal with drug traffickers and other criminals. In 2017, he called then-President Rodrigo Duterte of the Phillipines to praise him for his crackdown on drug dealers that led to the killing of an estimated 12,000 people at the hands of police and vigilantes.

“I just wanted to congratulate you because I am hearing of the unbelievable job on the drug problem,” Trump reportedly said, referring to the country’s rash of extrajudicial deaths.

“Many countries have the problem, we have a problem, but what a great job you are doing and I just wanted to call and tell you that.”