Son of TikTok star 'Mama Tot' was selling marijuana before he was fatally shot: Police 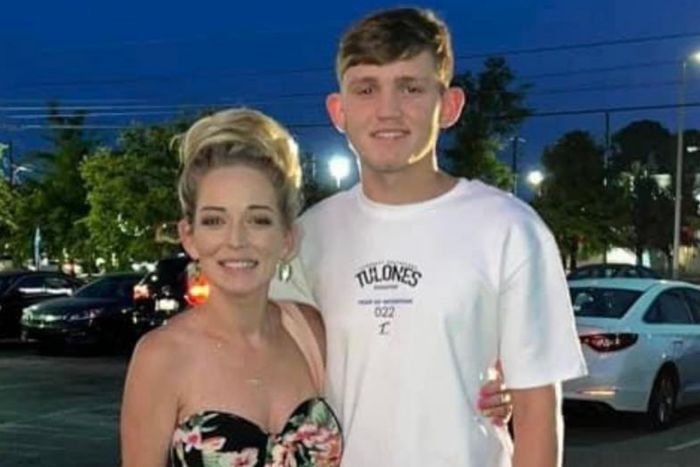 "We found out a lot of stuff we just didn't know," TikTok star Ophelia Nichols, known to her followers as Mama Tot, said of her late son Randon Lee after he was fatally shot

Police in Prichard, Alabama, are sharing more details after the son of Ophelia Nichols — known on TikTok as Mama Tot — was shot and killed at a local gas station.

Prichard Detective Jason Hadaway said in a press conference, captured by Fox10 News, on Monday that the victim, Randon Lee, and the suspect approached the gas pumps at the same time.

One suspect — who was in a black car — then got inside of Lee's car, and one shot was fired shortly after, according to Hadaway, who added that the suspect then exited Lee's vehicle, got back into the black car and left.

In an attempt to "escape" the gunman, Lee pulled out of the gas station, crossed Saint Stephens Road and went to another station, where he stopped, Hadaway said. EMS was then alerted and attempted to perform life-saving measures; however, Lee died. He was 18 years old.

Hadaway added that Lee "was selling narcotics" to two people.

"There was narcotics found in the vehicle when the crime scene unit processed the scene," he said.

He said there are "a couple of suspects in mind" but authorities aren't giving any additional information at this time. He could not reveal if police suspect anyone other than the gunman is involved, but said that authorities are aware Lee sold drugs to other individuals. This was the first time he was in Prichard, to police's knowledge, Hadaway said, confirming that Lee was selling marijuana.

"This homicide is not more important than any homicide we've had in the city of Prichard or actually anywhere," Hadaway said.

"I realize that Ms. Nichols has a TikTok following which is great, and all those followers could help by calling in if they have any information."

The Prichard Police Department did not immediately respond to PEOPLE's request for comment.

Lee's mother has 7.5 million followers on her TikTok profile, @shoelover99. In a heartbreaking TikTok video, Nichols emotionally pleaded for help.

"There's almost 7 million people that follow me. Somebody's gotta know something," she said between tears.

"Today would've been my baby child's 19th birthday. But he was took from me last night. Took from my children and my husband, from my family."

"My son was murdered. He was shot," she continued in part, adding that there is "hatred in my heart that I don't recognize. I've never felt hate for anybody. This individual took my son's life. He was just 18 years old, that's part of somebody's life. And I know they're out there ... They're out there living and breathing when my son's dead."

In a follow-up video, she said, "Through this process we've found out a lot of stuff ... a lot of stuff we just didn't know. When your children live out on their own and pay their own bills and they have a good job ... it just don't cross your mind that they would be doing anything to get themselves into trouble."

"We've been told that the detectives think that marijuana was being [dealt]. My son was meeting there, and either they tried to rob him or they did rob him, but he was shot," said Nichols.

She added that her son struggled with depression and "had a lot of trouble" after his father died; however, many of their loved ones thought he was back on track because he was "doing so good" within the last year.

"We just had a birthday dinner for him. We were all telling him how proud we were of him... just had no idea. He comes from good people, and he comes from a good family and a good home. But sometimes that just don't matter, you know." She added that "nobody [has] the right to shoot my son. That's all I know right now."

"It's people involved, not a person," she concluded.

In the comment section, she also wrote, "We do believe we know who it was. Can't say names yet BUT I believe the lord will make a way for Justice."