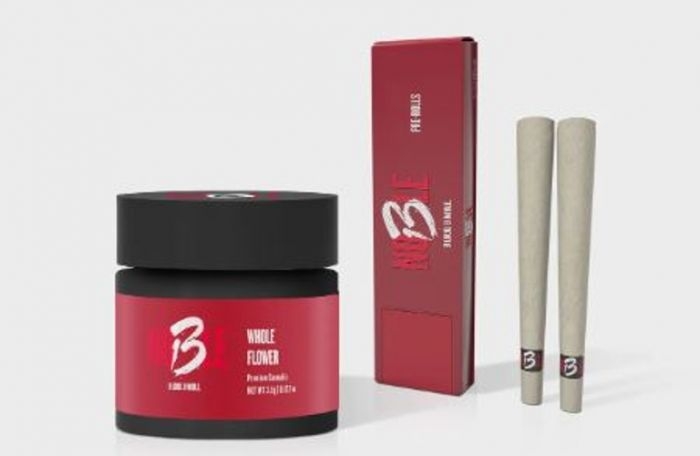 Cannabis providers B Noble Inc. and Curaleaf Holdings on Monday announced the expansion of B Noble product partnership in New Jersey.

Founded in collaboration with Fab 5 Freddy, legendary hip-hop pioneer, filmmaker, visual artist and cannabis advocate, and Bernard Noble, B Noble is a for-profit, cause-based cannabis brand. As part of Curaleaf’s corporate social responsibility program, Rooted in Good, B Noble launched in July 2021 and is the company’s first large-scale brand venture in alignment with its dedicated social equity work.

At launch, three strains of 2-pack B Noble prerolls including Azazel (Sativa), Bittersweet (Hybrid) and Apple Sundae (Indica), will be available at Curaleaf’s Bellmawr and Edgewater Park locations, in addition to wholesale accounts across the state. 10% of proceeds from each B Noble sale will go toward From the Block to the Boardroom, a New Jersey organization that provides resources and educational opportunities for those impacted by the penal system.

The brand is dedicated to telling the story of its namesake, Bernard Noble, who was arrested in Louisiana and sentenced to 13 years in prison for possessing the equivalent of two joints. In 2017, Noble’s case began to draw attention across the country, and he quickly became a national symbol for the need to reform the country’s unjust drug laws, sparking advocacy and a movement to free him. As a result, Noble was released seven years into his sentence and his story was featured prominently in Fab 5 Freddy’s 2018 documentary, “Grass Is Greener.”

B Noble brings a high-quality, Black-owned cannabis brand to New Jersey’s regulated adult-use cannabis market. The New Jersey adult-use cannabis market has already generated $24 million in its first month of sales and is projected to exceed $528 million by the end of 2022. Curaleaf began adult use sales at its Bellmawr location in April, and at its Edgewater dispensary May 24.

“We’re thrilled to expand the B Noble partnership into New Jersey, especially on the heels of the state’s adult-use launch in April, which has proven to be tremendously successful,” Matt Darin, CEO of Curaleaf, said.

“New Jersey’s cannabis industry continues to grow at a rapid pace, making way for B Noble to continue its national impact, both in generating awareness of the collateral consequences of the War on Drugs, and with monetary proceeds that will directly help individuals and communities impacted by systemic inequality.”

“We are committed to ensure those in New Jersey are aware of industry opportunities through community education, entrepreneurship and civic engagement. As a formerly incarcerated individual, I understand the barriers and challenges that face returning citizens; as such, it is the goal of FTB2TB to break down barriers and create pathways for post-incarceration futures.”