Proposal would shield Louisiana’s state employees who use medical marijuana

Posted May 20, 2022 on Louisiana Illuminator 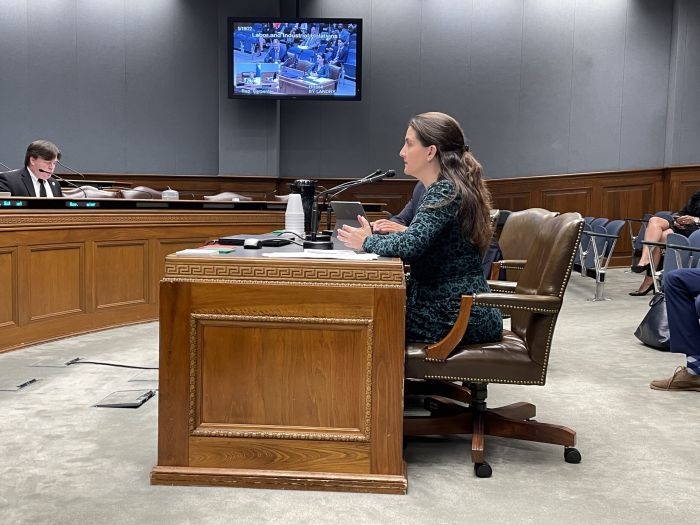 The House Committee on Labor and Industrial Relations unanimously advanced a bill Thursday that would protect Louisiana’s state employees who are legally treated with medical marijuana.

House Bill 988, sponsored by Rep. Mandie Landry, D-New Orleans, protects state employees from negative consequences if they are diagnosed with a condition for which their doctor recommends medical marijuana that is used in accordance with state law.

The bill would not apply to law enforcement, firefighters or other public safety officials.

“There are a lot of people who don’t want to take opioids for their long-term PTSD and pain management because of the high possibility of addiction to opioids,” Landry said.

“This has proved to be a better option than them.”

Rep. Larry Frieman, R-Abita Springs, raised concerns that the issue should be addressed by state agencies, not by the Legislature.

Jacques Berry, communications director for the Louisiana Department of Administration, clarified that his department has policies protecting its workers from discrimination based on medical marijuana use and that the bill would create uniform policies across all state agencies.

“Every agency had a sexual harassment policy, but they were all over the place, and Dr. Carpenter wanted stricter, more consistent standards,” Berry said.

“She wrote a very good law, and it is working very well.”

Frieman pushed back, arguing that the bill amounted to the Legislature doing the Department of Administration’s job.

Berry pointed out that the next governor could change the policy.

“We’re going to have to change how we deal with medical marijuana,” Larvadain said.

“But this is a first step.”

Larvadain asked that Landry work with him in the future to find a way to protect police and firefighters as well.

“A lot of those men and women have chronic pains because over the years they’ve had to climb through windows and police officers have been abused,” Larvadain said.

Several medical marijuana advocates testified in support of the bill.

Tony Landry, an advocate with Veterans Action Council, said law enforcement officers and firemen cannot take CBD, a chemical found in marijuana, because “it can accumulate in your body over time and cause a positive test. I’m in favor of this bill, and I just think we need to leave no employee behind.”

“The fact is we have an opioid problem that gets discussed in this building all the time,” Kevin Caldwell, an advocate with the Marijuana Policy Project, said.

“We are seeing that for a lot of patients, medical cannabis is an exit strategy.”

No members of the public came to speak in opposition of the bill.