Increase in cannabis pollen linked to illicit growth in Spain 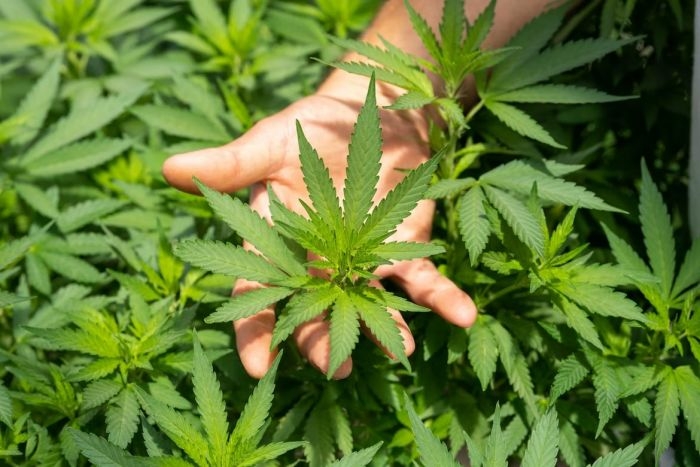 A study of the levels of atmospheric cannabis pollen in Murcia has detected a significant increase in recent years—indicating that illicit crop production has increased.

Researchers from the Polytechnic University of Cartagena in Spain have come to an interesting conclusion. Recently, the amount of cannabis pollen in the air has increased dramatically. It is not unreasonable to postulate, as the polytech scientists have now done, that the total amount of illicit cultivation in the region has increased significantly in the last four to five years.

The scientists in Cartagena have been tracking cannabis pollen for decades to try to establish the level of cannabis production and origin in the cities of Cartagena, Murcia, and Lorca. The three cities are located just across the Alboran Sea from Algeria and Morocco.

What they have found most recently, beyond an uptick in overall volume, is that only a small amount of the particles in the air come from North Africa. This too is on trend. Authorities have noticed that there has been an increase in cultivation in Spain and a lower dependency on hash coming in from abroad.

Of the three cities, Lorca and Cartagena stood out, registering more than 80 grains of pollen per cubic meter, with Murcia reaching a peak of 66 in 2020. This is a significant delta considering that the three cities registered levels of between 19 and 27 in 2017.

This conclusion comes from the fact that there has been a dramatic increase in busts in the area over the same period of time.

While most people, starting with the Spanish government, have focused on the nascent cannabis club industry in and around Barcelona, the reality is that illicit cannabis cultivation—not to mention use—is widespread in Spain. This is something that authorities are belatedly getting a handle on as they try to figure out how to legislate a situation where the horse has clearly left the barn.

As of last year, the government began formally considering how to recognize the medical efficacy of the plant. Beyond this, the Spanish legalization discussion is in an interesting place at the moment. Cultivation for the clubs is widespread, as are the clubs themselves, particularly in Catalonia and Basque country. Beyond this, there are four licenses issued by the government allowing the cultivation and processing of GMP or pharmaceutical grade cannabis—but only for export. Hemp is also allowed, as long as it is being used for industrial purposes.

However, it clearly does not stop here. Bootleg Spanish products are showing up all over Europe right now—and not just of the CBD kind. There is more illicit production here than the authorities can ever control—which is also why there have been a few very public and large national busts of late.

In the meantime, Germany has decided to speed up its recreational legalization plans.

If the Spanish intend to resist the obvious, it will only do one thing. Rob the government of tax income if not tourist euros spent elsewhere. The impact of the German decision cannot be understood either and for a very simple reason: There is a huge amount of German investment in the Spanish economy. And for now, while that is predominantly real estate and banks, there is no reason that this could not extend, and soon, to cannabis.

The Spanish pollen test appears to be the first of its kind. Most studies of air quality in this industry so far have been focused on the emissions of indoor cultivation in Colorado and California. Beyond this, the main way authorities try to understand drug use (in both the U.S. and Europe) is to measure metabolites collected from city wastewater. In Europe, the last major study of the same found that the highest levels of THC metabolite have been found in cities in Croatia, the Netherlands, Slovenia and Spain.

Given the fact that not only are Spanish citizens cultivating and using cannabis—and apparently increasingly so as countries in Europe address recreational reform, it seems only a matter of time before Spanish policies finally catch up. And when they do of course, there will be a far easier way to measure both cultivation and consumption in the form of legal, regulated, and taxable production and sales.