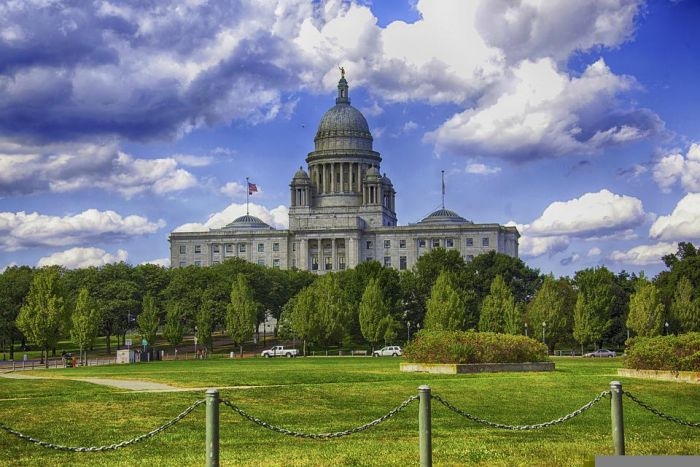 The Rhode Island legislature will consider rulings this week that would legalize recreational pot for adults.

Lawmakers in Rhode Island are expected to vote on cannabis policy reform this week, with legislative committees in the state Senate and House of Representatives scheduled to consider identical bills to legalize recreational pot for adults.

The Senate Judiciary Committee will vote on Senate Bill 2430 sponsored by Democratic Senator Joshua Miller on Wednesday afternoon, according to a report in local media. And later the same day, the House Finance Committee will vote on House Bill 7593 from fellow Democrat Representative Scott A. Slater. If passed, the companion bills would legalize the possession and purchase of up to one ounce of cannabis by adults 21 and older and create a regulatory framework for the commercial production and sale of recreational cannabis.

“This historic shift in public policy will create a vibrant new marketplace in our state and end the failed practice of prohibition, which has caused such harm to so many in our communities,” Miller said when the legislation was unveiled earlier this year.

“To help address those past wrongs, and to ensure all Rhode Islanders have the opportunity to share the economic benefits associated with legalizations, equity is a central focus of this legislation.”

“This historic shift in public policy will create a vibrant new marketplace in our state and end the failed practice of prohibition, which has caused such harm to so many in our communities.”

In addition to permitting public possession of up to one ounce of cannabis, the bills allow adults to possess up to 10 ounces of cannabis in a private location. The legislation also permits adults to grow up to three immature and three mature cannabis plants at home.

The legislation authorizes up to 33 cannabis retailers, including nine hybrid dispensaries that would carry both medical and recreational cannabis. Cannabis would be taxed a total of 20%, including a 10% cannabis excise tax, 7% sales tax, and a tax of 3% that would go to local governments hosting licensed cannabis businesses. Local jurisdictions could opt out of allowing retail cannabis businesses by placing a ballot question on the ballot for this year’s general election, but communities that vote not to allow dispensaries will not be eligible for revenue generated by cannabis taxes.

The bills would create a three-member cannabis control commission to oversee Rhode Island’s regulated cannabis industry. Once the new agency is formed, it would also take on oversight of the state’s medical canabis industry. The legislation also establishes a cannabis regulatory office and a cannabis advisory board within the Rhode Island Department of Business Regulation.

Although legalizing cannabis for adult use is supported by Democratic Governor Daniel McKee, his administration has expressed “significant constitutional concerns” about how the three members of the cannabis control commission would be appointed and, if necessary, removed from the panel. The most recent version of the legislation, which has the support of leadership in both the House and Senate, would give lawmakers a say in the commission’s appointments. But Claire Richards, the governor’s executive counsel, wrote in a letter to the Senate Judiciary Committee that such appointments are usually made by the governor.

“Such pervasive control by the legislature impermissibly enlarges its constitutional role at the expense of the executive,” Richards wrote in the letter quoted by the Providence Journal.

Under the Rhode Island Constitution, Richards noted, only the governor has the authority to appoint “all members of any commission” that exercise executive functions such as approving rules for cannabis retailers, issuing licenses to dispensaries and inspecting retail businesses.

After Richards made the administration’s concerns known, spokesmen for the House and Senate disputed the contention that the legislation is unconstitutional.

“This bill, and specifically the appointment process, is consistent with Rhode Island’s separation-of-powers principles and the law flowing from the Rhode Island Supreme Court,” the spokesmen wrote in a joint statement.

They added that the appointment process “is similar to the process used in the I-195 Redevelopment District Commission and the Judicial Nominating Commission.”

Miller noted when the bill was introduced in March that “equity is a central focus of this legislation.” The measure includes provisions to use licensing fees and penalties to fund grants and technical assistance to applicants from underserved communities and those harmed by the War on Drugs. The legislation also reserves one license in each of six retail districts for social equity applicants, and another in each district for a co-op form of retail dispensary.

“It is the right public policy for Rhode Island to make cannabis possession and sales legal. We have been studying legalization proposals here for many years, and we now can look to our neighboring states’ experiences and see that taxing and regulating cannabis makes sense,” Slater said in March.

“I’m especially proud that we have made a very deliberate effort to address social equity through this bill,” he added.

“We have to recognize the harm that prohibition has done to communities, particularly minorities and poor, urban neighborhoods and ensure that those communities get the support they need to benefit from legalization.”